WikiLeaks founder Julian Assange announced on Monday that he plans to leave the Ecuadorian embassy in London where he has been in exile for two years.

“I am leaving the embassy soon,” Assange, 43, said during a press conference, “but perhaps not for the reasons the Murdoch press are saying at the moment.”

Assange has been fighting an international legal battle against extradition since WikiLeaks published classified diplomatic and military information in 2010 and his arrest in Britain that same year.

Assange took refuge in the embassy in 2012 and is facing an arrest warrant in Sweden over allegations he sexually assaulted two women, CNN reported. He denies being charged with the crime of rape or even being accused of it by two female former WikiLeaks volunteers.

“No woman has done so,” he said. “In fact, the women in Sweden explicitly deny having done that.”

Assange also said his health has suffered during his time at the embassy, due to the fact that he has been unable to leave.

“As you can imagine, being detained in various ways in this country without charge for four years and in this embassy for two years which has no outside area, therefore no sunlight… it is an environment in which any healthy person would find themselves soon enough with certain difficulties they would have to manage,” Assange said.

If Assange steps foot outside of the embassy, he will likely be arrested, Sky News reported. He also fears that Sweden will then extradite him to America to face trial for one of the largest leaks of classified information in U.S. history.

“There has been two years of great uncertainty and a lack of legal protection,” Ecuadorian Foreign Minister Ricardo Patino said during the press conference. “This situation must come to an end. Two years is simply too long.”

Former Congressman Dangled Trump Pardon To Assange | All In | MSNBC 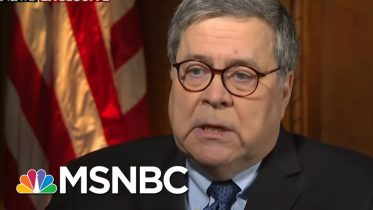 Lawrence: Barr Will Have Trouble Explaining Himself Before Congress | The Last Word | MSNBC

In a new interview, Bill Barr seemed to give confusing and almost conflicting details about the Justice Department's involvement in the Roger Stone case….