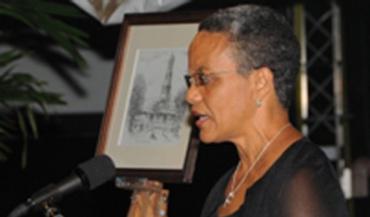 BRIDGETOWN, Barbados, Friday January 21, 2011 – Mara Thompson, the wife of late Prime Minister David Thompson is the new parliamentary representative for the rural parish of St John after winning a by-election with a massive margin that was even greater than her husband’s in his last election.

Supporters of the ruling Democratic Labour Party (DLP) declared Thompson their queen and rose their voices in celebration at the counting centre, just before 11.30 pm last night, after she was declared winner of the poll that was held to determine who would fill the seat left vacant after her husband’s death last October.

She got 4,613 votes to keep the seat in DLP hands while the opposition Barbados Labour Party (BLP) candidate Hudson Griffith won just 553 votes.

When the late Thompson contended the St John seat in the 2008 general election, he secured a win with 4,300 votes while his opponent took 829.

His successor said her victory was “bitter sweet”.

She also told a crowd of hundreds at a big celebration at a community centre in the constituency, which lasted into the wee hours of the morning, that she was elated to be the one chosen to represent them.

“Thank you, the good people of St John. I am happy to do this for you, I am overwhelmed. I love you,” Thompson said.

The celebrations are expected to continue today as the country observes Errol Barrow Day, a public holiday that commemorates another late prime minister who was also the founder of the DLP and representative of the constituency up until the time of his death in 1987.

The jovial mood was a stark contrast to the less upbeat atmosphere in the BLP camp where the defeated opposition candidate said he did not intend to abandon the constituency and intended to throw his hat into the ring when the next general elections are called.

Griffith was supported by Opposition Leader Owen Arthur who addressed the gathering of supporters at the party’s St John constituency office.

The former prime minister said the BLP ran a campaign “against the sentimentality arising form the death of a Prime Minister both in his prime and in his youth, and it was very difficult to break through because of it”.

Thompson’s entrance to the Parliament marks the first time in Barbados that the widow of an MP has succeeded her husband.

The late prime minister succumbed to pancreatic cancer on October 23, 2010. He was 48. 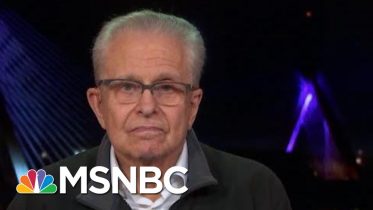 Tribe: ‘The Question Of Not Listening To Witnesses Is Off The Table’ | The Last Word | MSNBC

Laurence Tribe tells Lawrence O’Donnell that after hearing the new evidence revealed by Lev Parnas, the Senate trial must have witnesses because senators are…