Lawyers: We Can’t Find Parents Of 545 Migrant Children Separated By Trump Admin | All In | MSNBC

Two and half years after the Trump administration launched an official policy to separate migrant children from their parents, and after a judge ordered them to reunite those families, hundreds of kids are still without their parents. And those parents can't be found. Jacob Soboroff reports. Aired on 10/20/2020.
» Subscribe to MSNBC:

Lawyers: We Can’t Find Parents Of 545 Migrant Children Separated By Trump Admin | All In | MSNBC

Jill Biden: ‘We Need Help With Mental Health In Our Schools’ | MSNBC

75 Comments on "Lawyers: We Can’t Find Parents Of 545 Migrant Children Separated By Trump Admin | All In | MSNBC" 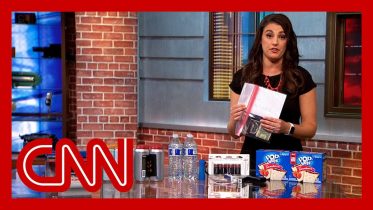 What supplies do you need during a hurricane?

Ont. Premier Doug Ford misses his daily briefing and is being tested for COVID-19