Carol Leonnig of the Washington Post, Jake Sherman of PunchBowl News, and Tim Miller of The Bulwark discuss the evolution of the Republican party and how its members keep feeding into lies and conspiracy theories. Aired on 04/05/2021.
» Subscribe to MSNBC:

Steele: You Have A President Now Who Says ‘I’m Gonna Help Walk With You Rest Of The Way’ | Deadline

Steve Rattner: During The Pandemic, The Top One Percent Prospered | Morning Joe | MSNBC 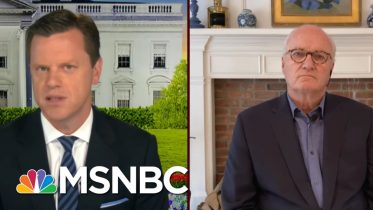 Mike Barnicle discusses his new column for the Daily Beast 'An Independence Day Wish for the Disunited States of America,' which Barnicle says has…

This Undemocratic Moment Must Be Met Head On: Schmidt | Morning Joe | MSNBC