Most voters will agree, that when after three consecutive terms, and fifteen years in Government a Political Party has to take the Opposition Party Manifesto of 15 years ago, literally from front cover to back cover, as its only way forward to seek re-election,  that Party has nothing more to offer, and its time for it to go. Furthermore, like it or not, it is a natural instinct, done by reflex action for someone on a sinking ship to jump unto the safe ship next to it. Also, it is well known, that when a big.. fall into the deep blue sea, it will make a big, big splash. Well that is what we saw in St Jo, on May 5th. Mr. Skerrit jumping from his sinking labour ship ,diving into UWP Manifesto 2000 for rescue, whilst the DLP vessel coming out empty of any plans of its own, but with a big, big, splash, like all empty vessels,  makes the most noise.

If you looks at the back page of that same UWP 2000 Manifesto, you see the picture of The international Stadium, which the UWP began constructing in 1999, with the main stadium for football, cricket and athletics, the Multipurpose indoor gymnasium for volleyball, basketball and other indoor sports, and a Sports lodge to house 100 players.  Also shown to the east, is the football practice field. When the DLP came into Government, they broke down the International Stadium, destroyed the Indoor Sports facility, destroyed the Sports Lodge, destroyed the Football practice field, on which government had already spent over $12 million dollars, and replaced it with what we have today. No indoor Sports facility, no football practice field and no Sports lodge. At St Joseph, Mr Skerrit in admitting that he has finally come around to the UWP Manifesto 2000 indoor sports  facility proposal, does not even apologize for his 15 years of neglect, but goes on to make this look like the idea has suddenly emerged. Hear Mr. Skerrit: “There is another project that I want to talk about this evening,” he said. “This one ladies and gentlemen is hot, I can’t keep it till budget in June…This evening, I say to all sporting associations in Dominica, and all sporting enthusiasts within the hearing of my voice, you need to speak no more. The government is sold on the idea..”  Mr. Skerrit must be held accountable, and made to pay the price for the serious damage done to the sporting careers of Dominica’s youth and in many cases the lives that have gone a stray due to his abandonment of this sporting facility for fifteen years. When you look at the picture of Mr. Skerrit, you will see he has gotten fat. Its time for Mr. Skerrit to go.

Roseau Restoration Works began under Workers- Was Stopped by DLP

The DLP government mismanaged the sewage project, running it into costs overruns of several millions, and time over run of more than two years. The DLP Government then abandoned the Roseau Restoration Project, except for the Ring Road, and used the Kuwaiti Fund money for all kinds of other things.

Well that is what we saw in St Jo, on May 5th. Mr. Skerrit jumping from his sinking labour ship, diving into UWP Manifesto 2000 for rescue, whilst the DLP vessel came out empty with a big, big, splash, like all empty vessels,  making a lot of noise, making no apology for the fact that the main reason why Dominica is still so backward,  with no jobs for the youth, and local businesses closing down, making cost of living so high, and life so hard, is that the DLP failed to complete the three most important projects which they met started, when they came into office in 2000.  The international Airport, The International indoor Sports facility and the Roseau Restoration Project. Had the Roseau Restoration Project been continued from 2000 to now, Roseau would now be one of the most pleasant, most attractive and most desirable cities for visitors and residents alike. Carnival Cruise line which pulled out of Roseau after 21 years of calling every week, and which pulled out in 2010, because of the poor experience in Roseau, would still be calling in our Port of Roseau weekly, putting money in everybody’s pocket.

Its time to jump off the sinking Labor ship and get unto the rising UWP Team Dominica boat. Also, it is not only doctors and nurses who can tell when a person is on their last breadth.  Family and caretakers usually can tell when a loved one is on his or her dying bed. That’s why they usually send for the priest of pastor to administer the last rites.  Laborites inside know that Skerrit finish. Its time for Labour to take a rest, and for Skerrit to pack up and go. Change is a must. That Change is The UWP Team Dominica.

Bernard, I might be going off beat a bit, but whereas I believed at one time when someone reached retirement age they should go home; I’ve come to realize that most people when they reach retirement age they cannot afford to retire, here in the United States never mind Dominica.

These people have to eat also. I know one guy here he is from the island of Antigua, retired recently, and all he has to live on is social security he recieves in the amount of just over six hundred ($600.00) dollar per month; it’s a good thing he has a daughter, who allows him to live in her house, since the man has no house of his own, and cannot to pay any rent.

A single rents for more than a thousand dollars per month in Los Angeles, whilest a one bedroom rents for $1,200 and up depending on the area.

I also know someone  from the village of Marigot in his seventy’s who was still out there looking for work. If it is so difficult for people living in the United States, those in Dominica who have worked for pittance all of their life must be going through hell, and do need something to do in order to survive till death.

I agree. And I continue to preach the same. To say I will murder because someone else does it is childish behavior and no excuse. We must all exhibit personal integrity. And that integrity is not relative to anyone else – it is a personal responsibility. Frankly, I get perturbed when I see men past retirement age who have yet to learn such a basic lesson of personal conduct.

Subject: Re: Tony jog your memory

Thank you.  In brief and conclusion, it would seem that subscription  to the proposition of the ability to vehemently agree or disagree without personal insults, debasing and disgracing is a reflection of the welcomed transformation of mindsets from the plantation to a substantially higher level of mutual and respectful human understanding, so lets develop and sustain that approach otherwise it will turn around and bite our tails, we! Mwe finis kamem!

Oh please! All you hypocrites want to hear low? Listen to Tony Astaphan on his animal show.. Nobody ain’t got time for this hypocrite righteous indignation. Certainly NOT me!! I know, we are not allowed to talk bad about Massa! Anyone who cannot renounce what Tony Astaphan is doing on KAIRI, do not have the moral authority to say jack, when people are paying Tony is his own medicine!!  JUST BE QUIET! We were supposed to have left the plantation, but some of us liked it so much we refused to leave, we rather stay with massah!!

I totally concur with your sentiments on the matter Julius; we have the prerogative to disagree with or dislike someone, but going so low as some of the messages have reached is so embarrassing. It would seem obvious, but may I humbly suggest that all energies are channeled towards genuine positive and practical ways of building our country and its people?  Hey, I am not asking to shoot the messenger, eh!

This  venomous ‎attack is injurious to the Spirit. At what stage in one’s life does wisdom enter? When do we stop this name calling. Tony and his family has done much good for Dominica. That much I do know. Can we divorce his professional life from his personal being?

Sent from my BlackBerry 10 smartphone.

Tony Astaphan is a slyme ball in a pinstripe suit we all should know that by now.. The day his parents came from Syria, or Lebanon wherever they came from and give birth to him in Dominica was a curse on the land.. We need to send him for Assad.

Prime Minister Roosevelt Skerrit Address to the Nation – 17th May, 2020

Medicine and Racism: A teaching moment via Tik Tok

Be the first to comment on "Let Us Read Norris Prevost: Interesting!" 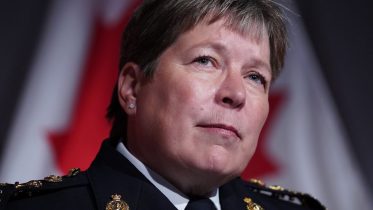 RCMP Commissioner Lucki still has Prime Minister Trudeau’s support, but for how long?

Statement by the Hon. Lester Bird for April 12th, 2010 in response to Mr. Spencer’s National Address

How Covid-19 seems to trigger other health issues