Mary Trump: Trump Wouldn't Be Considering Family Pardons ‘If There Weren't A There There’ | MSNBC

Regarding recent reporting that President Trump is considering a pardon for his children, Mary Trump says he wouldn’t be considering those pardons ‘if there weren’t a there there.’ Aired on 12/4/2020.
» Subscribe to MSNBC:

Mary Trump: Trump Wouldn't Be Considering Family Pardons ‘If There Weren't A There There’ | MSNBC

Van Jones: We are getting into very scary territory

94 Comments on "Mary Trump: Trump Wouldn’t Be Considering Family Pardons ‘If There Weren’t A There There’ | MSNBC" 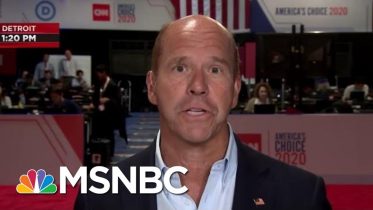 Man who lost 2 sisters to coronavirus: This is the hardest part

As Trump Thwarts Democracy, GOP Stands By Him, Ignores Covid-19 Stimulus | The Beat With Ari Melber

The curious case of the dying pachyderms