The Trump Campaign is now suing Michigan Sec. of State Jocelyn Benson, after news outlets project Joe Biden winning the state, and Benson rebuts Trump’s lawsuit and explains why it will not actually impact how the votes have been counted or the public vote totals. On the night after Election Day, Benson says she views the suit as “an attempt to confuse and obfuscate what actually is a very transparent secure process in Michigan," in a news making interview with MSNBC's Chief Legal Correspondent Ari Melber. (This interview is from MSNBC’s “The Beat with Ari Melber, a news show covering politics, law and culture airing nightly at 6pm ET on MSNBC. ). Aired on 11/04/2020.
» Subscribe to MSNBC: 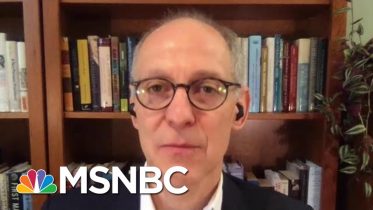 How To Stay Safe As Summer Nears: A Doctor Weighs In | Morning Joe | MSNBC

As more states begin reopening portions of their economy, Dr. Zeke Emanuel discusses ways for the general public to stay healthy as we move…

As Trump Crashes In Polls, New Push For Down-Ballot Resurgence | The Beat With Ari Melber | MSNBC

Medical staff pays tribute to doctor who died of COVID-19