“I guess Ron Johnson wasn't so concerned about our children's future when he voted to spend around $2 trillion on the Trump tax cuts, which by the way increased his own $39 million fortune,” says Mehdi Hasan on the hypocrisy of GOP senators opposing stimulus checks. Aired on 12/29/2020.
» Subscribe to MSNBC:

They voted for Trump in 2016. Why they say they’ll do it again 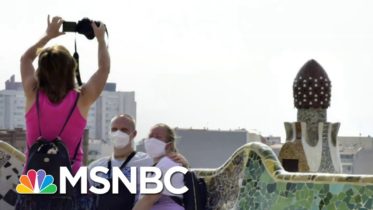 T. Jones: If That Was A Black Org., They Would Have Never Gotten To The Steps | The ReidOut | MSNBC