FORT-DE-FRANCE, Martinique—It turns out that a motorboat reported missing in the eastern Caribbean wasn’t missing after all.

All six passengers of a boat traveling from the island of Dominica are safe and accounted for. They turned up Monday at a police station in the French island of Martinique to say they were fine.

A police statement says the four men and two women left Dominica a day later then they originally planned because of the rough weather. They were originally due back Sunday and a coast guard search was launched when they didn’t turn up.

An earlier news report had stated that a motorboat with at least six people on board is missing in the eastern Caribbean Sea, a region still experiencing heavy swells from Hurricane Sandy far to the north, officials said Monday.

The rigid-hulled inflatable boat was supposed to have left the island of Dominican on Sunday for the nearby French island of Martinique but never reached its destination, authorities said.

The news reported continued to say that on board were four men and two women, all French citizens, who were attending a music festival on Dominica, according to a statement from the police in Martinique.

The said the journey between the two islands should normally take no more than two hours, stated the Dominican Coast Guard Cmdr. Mervyn Pendenque.

French aircraft were searching for the missing boat as officials in Dominica were checking the island to see if the vessel was anchored to await better conditions.

Martinique was under an alert for rough seas as Hurricane Sandy continued to churn the ocean even as it spun far to the north in the U.S.

The storm caused widespread flooding and wind damage in the Caribbean and is blamed for at least 69 deaths.

US Sends Troops To Mideast After Attack | Morning Joe | MSNBC

Be the first to comment on "Missing’ Caribbean passengers are found" 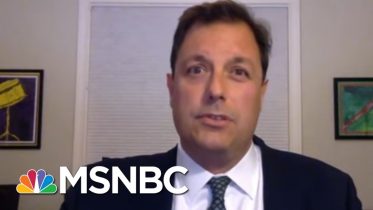 Steve Schmidt: Trump Must Be Defeated Or U.S. ‘Will Be In An Irreversible Decline’ | MSNBC

Watch All In With Chris Hayes Highlights: April 22 | MSNBC