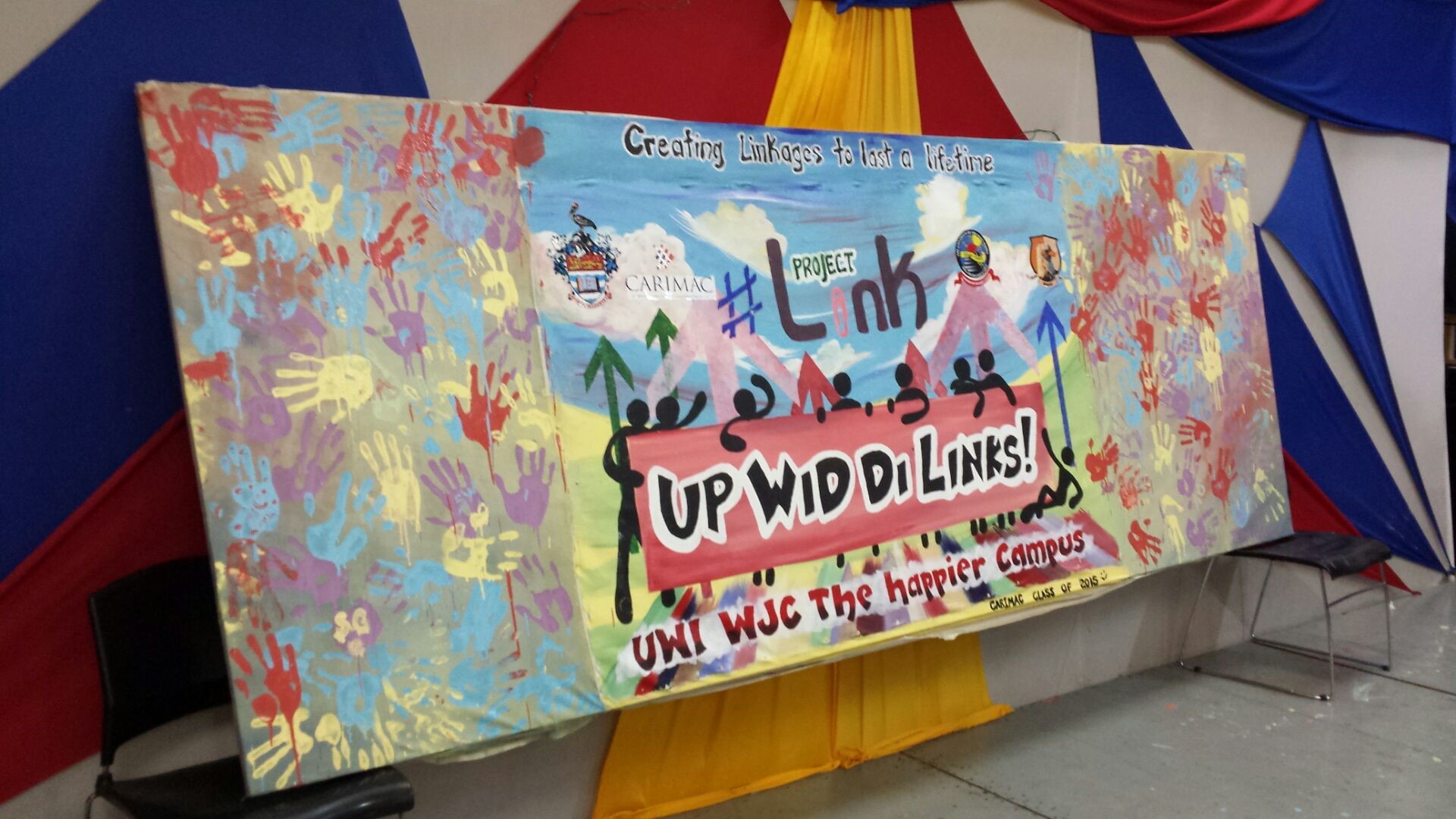 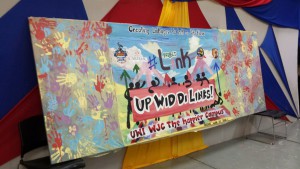 April, 2015. (Montego Bay, Jamaica). The University of the West Indies came alive during the week March 30-April 2nd. It was a week of activities that commenced with laughter and exploration and ended with tears of joy. Up Wid Di Links week is an initiative conceptualized by the third year CARIMAC students and these future Communication Practitioners truly raised the bar for those that will be coming afterwards.

The week began with ‘Mural Monday’, which was the mounting of a beautiful painting done by Norando Brown of the said class.  This incorporated a central picture which sent a message of integration and comradery. To the sides were handprints from students on campus as well as esteemed officials who were in attendance e.g. Dr. Luz Longsworth and Theo Chambers. The event got off to a late start and due to the weather conditions was eventually relocated from the round about to the pavilion. It started at approximately 4:30 PM and continued up until about 8:00PM.

The second day was “Tek Mi Picha Tuesday” and with over a hundred participants taking and uploading pictures to the various social media sites it was an initiative well supported. Justice Okuego was the winner of the selfie competition which rewarded the person whose uploaded garnered the most likes over a 24hour period- he got 121 likes.

After a day’s rest the events were concluded with the burial of a time capsule. The stage was set for an emotional sending off as Sheryl McGaw-Douse gave a heart wrenching welcome that took us through the journey from first year to the current situation of standing on the brink of departure. It was moderated by the Valedictorian of the class of 2015 Paige Andrew and had a host of media professionals in attendance. The capsule, to be opened on April 2, 2035 was buried at the site where UWI’s new location will be in the next half a decade and consisted of a host of memorabilia that would serve as reminders of the current batch’s years of University. They were also urged to compose a letter to themselves with the intention of making the reflection process a lot easier when the capsule is opened.

The week of events was one to remember, with over 200 participants in total, it was an initiative well supported. The CARIMAC Class of 2015 did an outstanding job and are commended for their efforts regarding the implementation of an idea well planned.

Be the first to comment on "“Up Wid Di Links” week a success!" 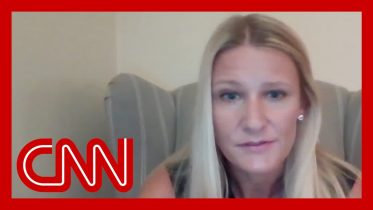 Doctor loses custody of daughter while fighting the pandemic

Dr. Theresa Greene has temporarily lost custody of her 4-year-old daughter while she treats patients during the coronavirus pandemic. #CNN #News