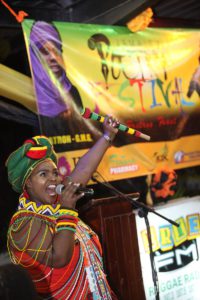 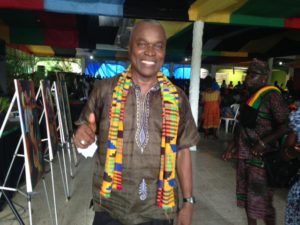 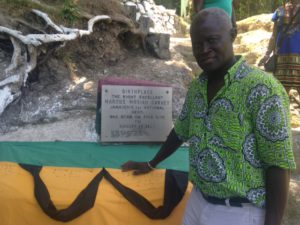 Jamaica is the Sacred Land, of the First Pan African Federalist, the Home of Pilgrimage Tourism

Ocho Rios, Jamaica, West Indies (September 10, 2017) Scores of pilgrims from across the African Diaspora, joined their counterparts in Jamaica, to pay homage to Jamaica’s first national hero, the Rt. Excellent Marcus Mosiah Garvey during the weeklong staging of his 130th birthday celebrations.

The celebrations included an official visit by the Minister of Culture, Olivia Grange to the St Ann Parish Library; speaking on August 17 at a ceremony in St. Ann’s Bay, St. Ann, she said “this development (museum) will be supported by public education on the life of young Garvey intertwined with the history of St. Ann’s Bay, which will form the backdrop of this transformative man.”

This was followed by the IRIE FM Radio Tribute (Jukwaa) on August 20, 2017 which took place at the Coconut Grove Great House and the IRIE FM Courtyard from 6:00 a.m. and culminated with the “Reggae for Reparations” Concert at Midnight.

Pilgrims enjoyed much of Jamaica’s authentic cuisine and culture and visited the island’s landmarks and attractions including the birthplace of Marcus Garvey in St. Ann’s Bay, the St. Ann Parish Library, Fire Water Spa (Lime Hall), the world-famous Dunn’s River Falls, the local stalls and the rich and diverse heritage of St Ann, the parish of Garvey’s birth.

The morning’s presentations on the theme Pan Africanism or Perish! Reparations Now! was presented in the form of an Igbimo (Colloquium) moderated by Professor Tunde Bewaji, Professor of Philosophy at the University of the West Indies, Mona.

Some of the key presenters included Constitutional Lawyer Bert Samuels, of the National Council on Reparations, Dr Joomaay Faye, and keynote speaker Dr Malik Zulu Shabazz.  In his address which was titled “Law and Precedence of Reparation”, Samuels made the case for reparations by recounting historical precedence. Samuels said “David Cameron came here (Jamaica) walked on a crime scene and told us to walk away from our reparations.” However, he indicated that if in the final analysis, Jamaica’s Reparation proposal was rejected, he would take the case to the International Court of Justice.

Dr Julius Garvey spoke on “Pan Africanism in the 21st century.” During his presentation, he asked the audience to re-connect to their roots. He invoked the mantra “I AM an African,” which was first used  by Jessica Mbangeni, Praise Poet, Storyteller & Recording Artist from South Africa to rally the audience. She attributed the phrase to former South African President Thabo Mbeki. Mbangeni  performed a passionate tribute poem to Mwalimu Marcus Garvey using the back track of ‘Africa -Tribute to Nelson Mandela’ and also IGoli (2013) debut album, an artistic affirmation of her cultural roots. Mbangeni’s performance left some in the audience in a trance; their tremendous applause showed they wanted more of her magical spiritual vibrations.

Brother Joomaay further distinguished the Pan African Federalist Movement (PAFM) as advocates for unification of African States (UAS) within less than one generation. He said “the PAFM is not a fragment of the Global Pan African Movement. Just like the Anti-Apartheid Movement, or the Civil Rights Movement or the Reparation Movement, it is an integral Part of the Global Pan African movement.  The PAFM is solely focused on One and Only One of the Elements in the General Agenda of the Pan African Movement:  Unite Politically, Economically and Militarily ALL the African States.” Faye firmly stated that reparation will be part of this unification process.

The pilgrimage to the sacred land to pay homage to Mwalimu Marcus Mosiah Garvey opened the door for Networking opportunities with entrepreneurs in the travel trade to collaborate with a West African Youth Travel exchange project and Africa Community Tourism Network founded by Diana McIntyre-Pike, Community Tourism pioneer. The network connects youth pilgrims from Senegal, Gambia, Ghana, South Africa, and other African states to Jamaica as part of a cultural immersion into the island’s music, lifestyle and cultural heritage through Pilgrimage Tourism.