The Meeting will be preceded by an opening ceremony on the evening of Wednesday, January 16, 2008 at the Fort Young Hotel.

The 46th meeting of the OECS Authority precedes the launch of a major public consultation exercise on the Draft Economic Union Treaty for the OECS. The Meeting will discuss a plan of action for the exercise and confirm the role of the Heads of Government who have indicated their intention to take the lead in mobilizing region-wide commitment to and support for this new phase in the deepening of OECS integration.

The Meeting will also seek to advance several functional cooperation initiatives, including strengthening joint OECS relations with Brazil and building on the growing ties between the OECS and Puerto Rico.

Economic development matters are expected to feature prominently. Heads will discuss the next steps for the Banana industry in the region, matters for follow-up from the recent Caribbean/United States conference in Washington, and areas of interest for the OECS from last year’s visit by Canada’s Prime Minister to the Caribbean.

Heads will also discuss plans for the second annual OECS Development Conference to be held later this year and which will put the spotlight on creative industries.

The Heads will decide on recommendations coming out of successful meetings of OECS Ministers of Tourism and Health and continue discussions on a number of sustainable development matters including an OECS Youth initiative.

The OECS is a nine member grouping comprising  the Commonwealth of Dominica, Antigua and Barbuda, Grenada, Montserrat, St. Kitts and Nevis, St. Lucia, St. Vincent and the Grenadines. Anguilla and the British Virgin Islands are associate members of the OECS. 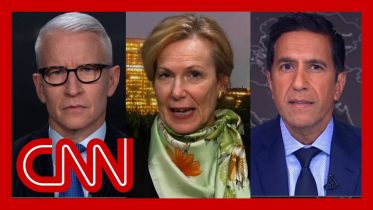 Is it safe to reopen states? Virus expert responds.