St. George’s, January 10, 2012 – A legal battle over dual citizenship, which potentially could have impacted his leadership of the country, has ended in victory for Dominica’s Prime Minister Roosevelt Skerrit.

An opposition United Workers Party member, who was defeated in Dominica’s general elections of 2009, had asked the court to declare that Skerrit was illegally nominated to contest the polls because he held dual citizenship at the time.

However, High Court judge Gertel Thom ruled Tuesday in favour of Prime Minister Skerrit, who is also leader of the Dominica Labour Party.

Had the court upheld the petition against Mr. Skerrit, he could have lost his position as a Member of Parliament and Prime Minister, possibly leading to the calling of fresh general elections in Dominica.

“This court case in Dominica again brings to the fore the political confusion that some people try to make over dual citizenship in the Caribbean,’’ Senator Arley Gill, Public Relations Officer of the National Democratic Congress, said in a comment. “A similar kind of drama was played out in Grenada when an attempt at mischief was made by the NNP in regard to the NDC General Secretary, Peter David.’’

Senator Gill said he was delighted that just as in the case of General Secretary David, who is the MP for the Town of St. George, the court in Dominica has also ruled in favour of the incumbent, Mr. Skerrit.

“Prime Minister Skerrit has provided sterling leadership of his country and the Caribbean Community. His leadership role at the local and regional levels is admirable and commendable,’’ Sen. Gill said. 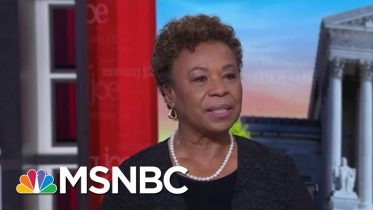 Rep. Barbara Lee, D-Calif., is urging the Trump WH to re-enter the Iran nuclear agreement and she is applauding the House vote to repeal…

Gordon Sondland to be recalled from his position