Former US Acting Solicitor General Neal Katyal wrote in the Washington Post that until President Trump recovers from the coronavirus, Vice President Pence should be in charge. Aired on 10/06/2020
» Subscribe to MSNBC:

Fmr. RNC Chairman: Trump ‘Is The Problem In The WH, And Everyone Wants To Tip-Toe Around It’ | MSNBC

Scaramucci slams GOP: James Madison is rolling in his grave 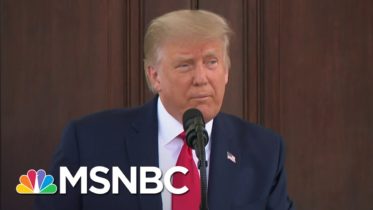 Professor Christina Greer tells Katy Tur that it’s not surprising that the Trump campaign would resort to lies and disinformation, as the Washington Post…

Memo to Trump: ‘You’re Running Your Campaign Like Your Many businesses: Into The Ground’ | MSNBC