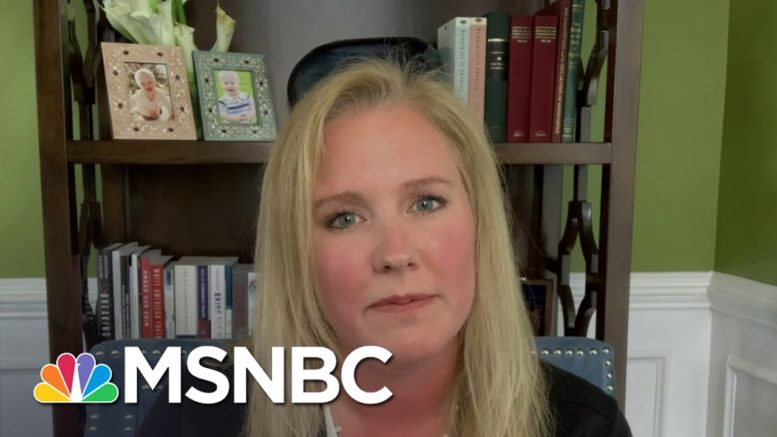 Former DHS official who left the Trump administration in April, Elizabeth Neumann, weighs in on the threat of domestic terrorism and calls it ‘ironic’ that the president uses the term ‘domestic terrorism’ now to refer to Antifa when he refused to do so after the shooting in El Paso last year. Aired on 09/01/2020.
» Subscribe to MSNBC:

Neumann: The Growing Threat Of White Supremacy & How Warnings From Her Department Were Rebuffed

Beschloss: Trump’s RNC Speech At The White House ‘Made Me Sick’ | The 11th Hour | MSNBC

90 Comments on "Neumann: The Growing Threat Of White Supremacy & How Warnings From Her Department Were Rebuffed"

On Mass Shootings, ‘The Silence Is Deafening.’ | MTP Daily | MSNBC

Rift between Trump and Dr. Fauci goes back to April