From 28 March, 2011 the number of flights operated by BA to the popular region will rise to 64 a week across 15 destinations.

Chief executive Willie Walsh announced the new route during a visit to the Caribbean for the Caribbean Tourism Organisation (CTO) Leadership Strategy conference, attended by political and business leaders.

The CTO is a Barbados-based development and sustainable tourism organisation representing 34 Caribbean countries and territories.

He said: “We are committed to developing our presence in the Caribbean wherever possible, building on our relationship with the region which stretches back many decades.

“Our new joint business with American Airlines and Iberia also opens up a host of new opportunities and connections to the British Virgin Islands, Dominica, Martinique, Guadaloupe, St Maarten and the US Virgin Islands of St Croix and St Thomas.”

“The Government of Puerto Rico is excited to have British Airways serving our island once again.

“This increased access from London and its connecting markets is crucial for our tourism and commercial development.”

Puerto Rico is the largest island of the Greater Antilles and is renowned for its 212 miles of beaches.

The island appeals to sports enthusiasts and has 100 tennis courts and 12 championship golf courses, as well as water sport activities and luxury hotel resorts at Grande and Fajaor.

San Juan, the capital city, features the only walled city in the Caribbean, with its preserved fortresses.

The area offers an extensive range of duty-free shopping malls and outlets and is a gateway for the major cruise lines including Carnival, Princess, P&O, Norwegian and Celebrity.

BA recently announced additional increases to the Caribbean from March 2011.
Flights to Barbados will increase from 10 to 12 a week, Antigua from five to six a week and St Lucia – Port of Spain going daily from five a week.

Meanwhile Jet2.com has added 100 percent more Saturday and Sunday flights between Leeds Bradford Airport and Geneva, giving northern ski lovers double the choice when it comes to their ski and snowboarding trips.

For this season Jet2.com will operate two flights per day from Leeds Bradford to Geneva on Saturdays from 8 January, and Sundays from 20 February 20 to 16 April.

Philip Meeson, boss of Jet2.com, said: “Our flight times have been scheduled so that passengers can maximise their time on the slopes, while our generous 22kg baggage allowance means there’s plenty of breathing space to accommodate heavy ski gear.” 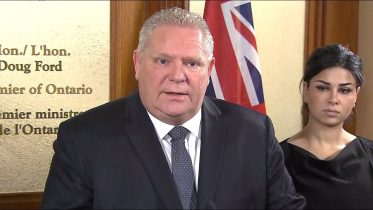 Something Appears To Be Wrong With Donald Trump | Rachel Maddow | MSNBC

Tam: “Even if you are not hearing cases in your community, it doesn’t mean there are no cases.”