NBC's Gary Grumbach reports from Wallington, New Jersey, where residents are waiting for hours on end – some as long as 14 hours – to get inside the state's Motor Vehicle Commission.» Subscribe to MSNBC: 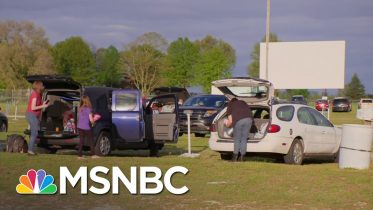 Ahead of the first big holiday weekend of the summer season, plenty of states are reopening to some degree despite the continued increase in…