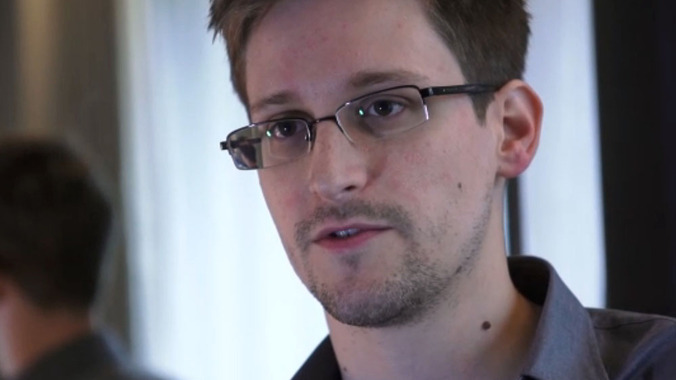 Nicaragua has revealed details from Edward Snowden’s request for asylum, in which Snowden says it is unlikely he will receive a fair trial in the US.

Nicaragua late on Saturday revealed details from US fugitive leaker Edward Snowden’s letter requesting asylum, in which the ex-intelligence contractor said it is unlikely he would receive a fair trial in the United States.

“I, Edward Snowden, citizen of the United States, am writing to seek asylum in the Republic of Nicaragua because of the risk of being persecuted by the [US] government and its agents” for revealing the existence of a vast US surveillance programme, he wrote, according to the Spanish-language text of the letter to President Daniel Ortega.

“Under the circumstances, it is unlikely that I would receive a fair trial or appropriate treatment before trial,” in which, he added, he would “face the possibility of life in prison or death”.

Nicaragua is one of three Latin American countries in recent days to offer possible asylum to Snowden, who remains stranded in a Moscow airport.

In a speech on Friday, Ortega said “we are open, respectful of the right to asylum, and it is clear that if circumstances permit it, we would receive Snowden with pleasure and give him asylum here in Nicaragua”.

The 30-year-old former National Security Agency contractor has received more support from leftist governments in Latin America, with the leaders of Venezuela and Bolivia saying they would be willing to consider giving him sanctuary.

But it remains unclear how exactly Snowden could reach another nation from the transit zone of Russia’s sprawling Sheremetyevo International Airport.

‘Persecuted by his fellow Americans’
Meanwhile, Bolivia’s President Evo Morales had said earlier this week that he would consider granting asylum to Snowden. But he took a harder line on Saturday, angered that some European countries banned his plane from their airspace this week on suspicion it carried Snowden.

“I want to tell … the Europeans and Americans that last night I was thinking that as a fair protest, I want to say that now in fact we are going to give asylum to that American who is being persecuted by his fellow Americans,” Morales said during a visit to the town of Chipaya.

“If we receive a legal request, we will grant asylum,” he said. Bolivia’s foreign ministry was not immediately available to comment on whether a formal asylum request had been received.

Venezuela’s President Nicolas Maduro also offered refuge to Snowden late on Friday, but the government said that by Saturday night it had not received any word back. –  AFP; additional reporting by Reuters

TREND LINE: Will Canada-U.S. border closure cause our massive COVID-19 deficit to rise?