ST. GEORGE’S, Grenada, Feb 19, CMC – 65-year-old Keith Claudius Mitchell entered into the history of Caribbean politics when he led his New National Party (NNP) to a clean sweep of the 15 seats at stake in Tuesday’s general election, becoming the first political leader here to achieve the feat, having previously done so in 1999.

Mitchell, whose NNP had been booted out of office in 2008 by the National Democratic Congress (NDC) of outgoing prime minister Tillman Thomas, said however he hoped to leave a legacy of having united the people of Grenada, Carriacou and Petite Martinique.

Preliminary results showed that the NNP, which had only four seats in the last parliament, had been able to attract many of 62, 146 people who were eligible to cast a ballot in the general election.

“As I watched your faces through the campaign…I am even more deeply committed that all of us must be a united family,” Mitchell told supporters who had gathered at the Tanteen playing ground on the outskirts of the capital to celebrate the victory.

“I have accepted the awesome responsibility that you have placed on my shoulders, me and my team,” he said, adding he was accepting the challenge with “the greatest humility”.

Mitchell, who will be sworn into office on Wednesday, said “I have asked Almighty God what have I done to deserve this, insisting “this is not a Keith Mitchell victory, it is your victory.

He said he wants his legacy of  30 years in public life to be  “that I have done all I can to unite the people of Grenada, Carriacou and Petite Martinique”.

The results was a bitter blow for Thomas and the NDC that sought to portray itself as a united party following the infighting that led to the dismissal and resignation of senior cabinet ministers including tourism minister Peter David and foreign affairs minister Karl Hood.

Former Cabinet minister Glyniss Roberts, who along with David, Hood and prominent trade unionist Chester Humphrey, were booted out of the NDC last year, did not fare well as leader of the National United Front (NUF) during the election.

She along with two other NUF candidates had contested the elections but the results showed that the party was not a force to reckon with.

For his part, Thomas headed a number of senior cabinet ministers including finance minister Nazim Burke that were trounced by relatively new comers to the politics.

Thomas polled 1,153 votes as against 1, 288 for political newcomer Clifton Paul, a retired teacher, while Burke Burke was swept aside in the St. George’s North East constituency by the relatively unknown candidate, Tobia Clement, a lecturer at the St. George’s University here, who later told reporters that “I say to God be the glory”.

Thomas had conceded defeat soon as it became apparent that the NNP would sweep the polls and NDC deputy chairman Kent Joseph appeared on television to congratulate the NNP..

“The younger voters are the ones who played a factor in this election, apart from the economy and jobs,” he told reporters, adding “ it is not because of what we did not do well.

“We did a very good job in the economy itself from what we had and what we met, but this is democracy so I am not perturbed. I have been through this already in 1999,” he said.

Mitchell told supporters that they should not seek to shun the supporters of the NDC, urging them “please do not look down on those we have defeated.

Mitchell said the new government faces a huge task in reviving a stalled economy, as well as seeking employment opportunities to cut down on the reported high per cent unemployment rate here.

He urged the population to “have patience with us” as the new government implement its policies, adding  that in time, Grenada will also seek to take “its rightful role in CARICOM”.

He said he would approach the Governor General on Wednesday to have Friday declared a public holiday in commemoration of the victory in the election that was observed by teams from the Caribbean Community (CARICOM), The Organization of American States (OAS) and the Commonwealth. 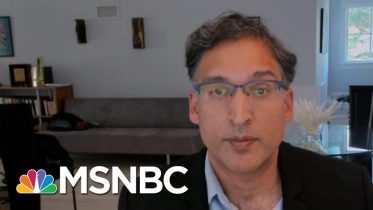 Neal Katyal On Barr Testimony: ‘I’ll Believe It When I See It’ | MTP Daily | MSNBC

Attorney General Bill Barr said today that he will testify on Capitol Hill on July 28th. Neal Katyal says, "I’ll believe it when I…

‘I never should have done it’: Trudeau apologizes for racist images