John Duffy, a Notre Dame English Professor of 22 years, joins Andrea Mitchell to discuss an open letter he drafted that was signed by nearly 100 of his colleagues urging Judge Amy Coney Barrett to halt her nomination process. He explains that "We are not asking her to withdraw. We are simply asking her to pause and to let the election play out and then to be guided by its results." Aired on 10/15/2020.
» Subscribe to MSNBC:

Sen. Chuck Schumer Says He’ll Force Vote On Whether Mulvaney, Bolton Should Testify | All In | MSNBC

Scheer: It’s up to Liberals if Bernier should be at debates 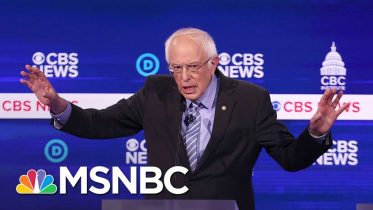 Beto O’Rourke: ‘Virus Is Out Of Control,’ No Leadership From TX Governor | Andrea Mitchell | MSNBC

Bill Gates: Wouldn’t have predicted US would do so poorly handling pandemic