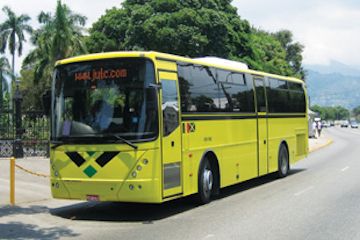 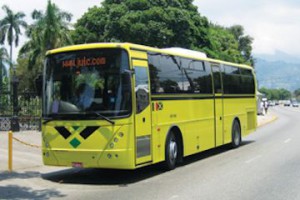 KINGSTON, Jamaica, Monday April 28, 2014, CMC – One person was injured late Saturday in yet another attack on a bus operated by the state run Jamaica Urban Transit Company (JUTC).

The police report that shortly after 9:00 pm the bus came under heavy gunfire as it transported passengers from Portmore in the central parish of St Catherine.

“There was an attack on the bus that runs from Greater Portmore to the Half Way Tree Transport Centre. One shot was fired, it entered from the left of the bus and exited on the right,” said Clinton Clarke, JUTC’s Communications manager.

He said the JUTC has been working with the police to ramp up security on its buses. He also made an appeal to persons who continue to target the company’s buses.

“We are in fact discussing with the police to ramp up security even more, we have asked them and they have been giving us support since the attacks have started,” he said.

Since the implementation of a new sub-franchise system on April 8 there have been incidents in which JUTC buses have been damaged.

Earlier this month the windscreens of two buses were shattered by persons who threw stones as they plied routes in Kingston and St. Andrew.

Jamaica-bound fight from Toronto turned around over false coronavirus claim

Rampaging Sandy leaves a trail of death, destruction across the Caribbean 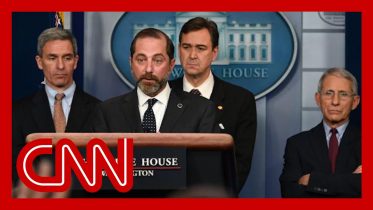 Whistleblower shares concerns over US workers’ potential exposure to coronavirus

‘What Is The President Afraid Of?’ : Tester Calls For Witnesses In Impeachment Trial | MSNBC