The session opened with prayers and tributes to the Ancestors, by Orisha Priest and Chairman of the Council of Traditional Afrikan Chiefs of Trinidad and Tobago, Oloye Orawale Oranfe Ife, the first part of the meeting featured participants from Cuba, Jamaica, Trinidad and Tobago, which reviewed  the Call, Terms of Reference and Charter of the Pan Afrikan Federalist Movement, whose National Initiating Committees (NIC) in the Caribbean have been established in Antigua-Barbuda, Barbados, Belize, Cuba, Dominica, Haiti, Guyana, Jamaica, Trinidad and Tobago and the Virgin Islands.

Chaired by NIC Coordinator of Trinidad and Tobago, Elisha LeMaitre, the meeting featured SWOT Analysis (Strengths, Weaknesses, Opportunities and Threats) of the challenges to building Afrikan Unity in each territory, with special emphasis on Cuba and Jamaica. The SWOT Summaries, presented by Sharon Oshun Parris-Chambers, called for advocacy on Transcontinental travel to live and work on the continent without Visa restriction, access to land for agricultural development and land acquisition for enterprise development, free movement and trade within the Continent by its Diaspora, amongst other things.

The conference supported the creation of microeconomic development spaces to fight poverty and under-development of our communities as the basis, through popular education, to build political, Pan Afrikan unity, the proposal of a Trade & Cultural Mission to Cuba in 2019 would further the cause stated above through sustainable tourism development with an emphasis on community tourism, study tours and cultural exchanges.  The meeting also called for serious examination of the feasibility of establishing a single, Pan Afrikan currency that could be adopted both on the continent and in the Diaspora.  In this regard, the Afrikan Union representative for Region VI, Timothy McPherson, introduced the Lumi, a bonded currency, that is being traded as a commodity unit of value and exchange, backed by solar energy and now used in Accompong (the liberated Maroon lands of Jamaica).

Crowd funding as a means of autonomous capital formation, the creation of an International Pan Afrikan Think Tank were also endorsed as proposals to advance to the PAFM’s first Pre-Congress from the Caribbean, scheduled to be held in Accra, Ghana 8-16 December, 2018.  The application of block chain technology and the establishment of Grass Roots Chambers of Commerce throughout the region were also endorsed.

Extensive discussion was held on various strategies and tactics to be adopted to gain control of autonomous and secure means of communication within the Caribbean and the Afrikan Diaspora, including Mobile Virtual Network Operations and the development of direct South to South applications that facilitate electronic commerce, trade, market surveys, opinion polling and the conduct of referenda as a key tool in political education and democratic empowerment.

Delegates also called for greater innovation in recycling enterprises, such as the use of discarded plastics and sargassum, a sea weed which is normally treated as a nuisance in the Caribbean, but is valued as food, medicine and fertilizer in Asia, where people in Japan and Malaysia pay premium prices for a substance that is routinely discarded in our region.  Delegates called for a central repository for the various documents produced to prepare for the conference, and that PAFM should call for the UN as part of the Decade for People of Afrikan Descent, to encourage Afrikan currencies be traded as hard currencies backed by Afrikan natural resources and that the Lumi be one of them.

In the afternoon, Felipe Noguera, PAFM Caribbean Regional Coordinator and other senior members met with Caribbean representatives of the Nation of Islam from Guyana, Jamaica, St. Vincent and the Grenadines and Trinidad and Tobago at the newly-inaugurated Kwame Ture (aka Stokely Carmichael) Convention Centre of the Black United Front.  The latter welcomed the establishment of programmatic unity among Afrikan people on the continent and abroad, emphasizing the need to prioritize feasible objectives and preparation for the resistance of enemies of Africa to our efforts at liberation and self-determination.

They noted that a unified Caribbean on the question of Reparations would liquidate Caribbean debt, protect the territorial sovereignty and integrity of Cuba and Venezuela, who have both contributed tangibly and in a sustained manner to Africa’s liberation and the Caribbean’s energy requirements.  The NOI representatives also emphasised the need for our movement being rooted in moral and ethical culture so that when reparations are achieved, we are not divided by greed and corruption but rather united by Pan Afrikan consciousness, collective integrity, with a strong moral compass.  The recognition of areas of natural competitive advantage, such as black water (in Guyana), Bentonite Clay (from volcanic dust) and Moringa are plentiful in the Caribbean and should be exploited and monetized in the interest of the masses of people, without whose conscious support and involvement in the Pan Afrikan Movement, it will not be able to transform from talk and meetings to constructive, revolutionary action.

This physical and virtual conference on the occasion of Afrikan Liberation Day in the Caribbean was one of several regional conferences being held by the Pan African Federalist Movement, in North America, South America, East, West, Central and Southern Africa. The aim of the Pan African Federalist Movement is to establish the United Afrikan States in a single generation or less.   END 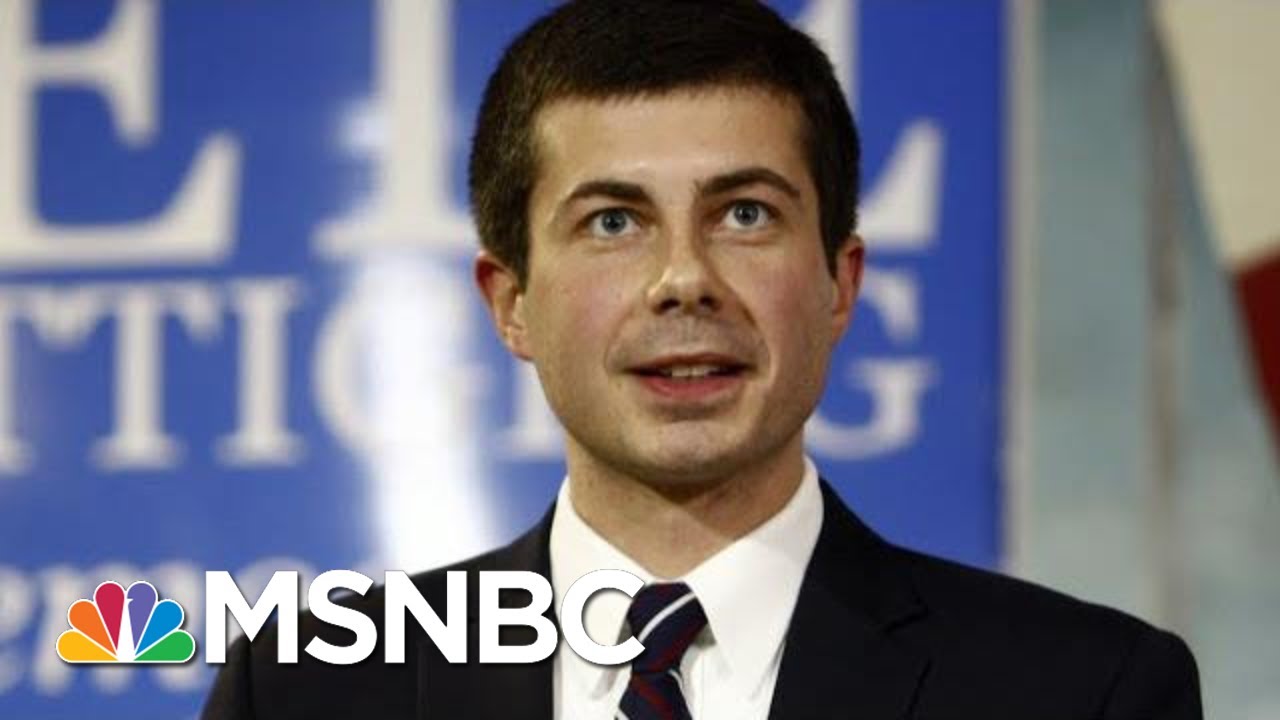 Mayor Pete Buttigieg has surged to first place in Iowa, according to new Monmouth University polling. The panel discusses. Aired on 11/13/19. » Subscribe…

Meacham: We Can’t Let Rule Of Law Be Trampled By The Demagogue Of A Moment | The 11th Hour | MSNBC

Rep. Himes: ‘Americans Know The President Is A Liar. He Has Been That For 3 ½ Years’ | MSNBC

Chris Hayes Podcast With Aaron Gordon | Why Is This Happening? – Ep 41 | MSNBC