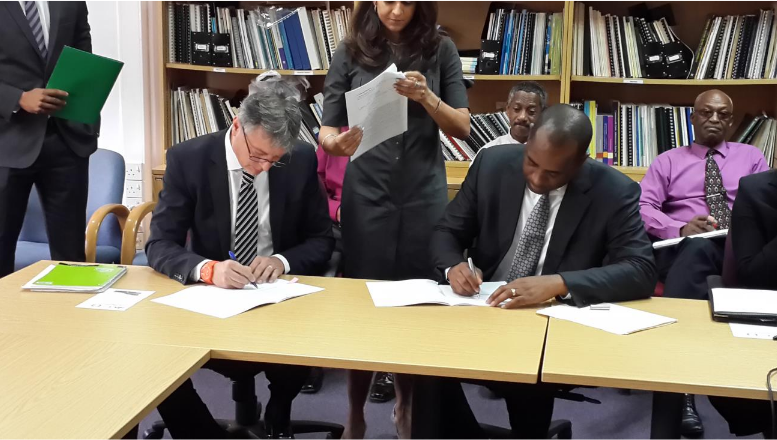 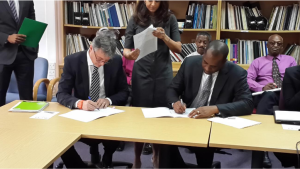 Roseau, Dominica – Thursday, July 31, 2014 – The parliament of Dominica has given authorization to the Minister for Finance to enter into a loan facility for funding of the Disaster Vulnerability Reduction Project. Prime Minister and Minister for Finance the Honourable Roosevelt Skerrit moved a motion in the parliament on Tuesday, July 29, 2014 seeking authorization for a loan facility from the International Development Association (IDA) for funding for the Disaster Vulnerability Reduction project. The main aim of the project is to seek to reduce Dominica’s vulnerability to natural hazards and climate change impacts through investments in infrastructure as well as improved hazard data collection and monitoring.

The Government of Dominica and the IDA have agreed to enter into two highly concessionary loan agreements. Loan 1 is in the amount of twenty-four million, three hundred thousand dollars (EC$24,300,000.00) has a ten year grace period and is at an interest rate of one tenth of 1% per annum while Loan 2 is in the amount of forty-five million, eight hundred and eighteen thousand, three hundred dollars (EC$45,818,300.00) with a ten year grace period at an interest rate of three quarters of 1%. Both loans will have 60 semi-annual repayments commencing August 1, 2024. Prime Minister Skerrit has stated that the financing agreement is in-line with government’s fiscal policies in pursuing development goals.

“We have always said that as far as possible we would mobilize grant resources instead of loan to undertake development interventions in this country. Where grants are not available we committed ourselves to obtaining highly concessionary loans; and this we have done through this programme,” the Prime Minister said.
Under the Disaster Vulnerability Reduction Project comprehensive interventions and improvements to infrastructure will take place in the following areas; Pond Casse to Bois Diable; Bois Diable to Castle Bruce; Castle Bruce to Petite Soufriere; Castle Bruce to Hatten Garden – including the Carib Territory and Atkinson; Dubique Phase 1 Cliff Stabilization and Road Works; West Coast Water Project Storage Tanks/Water Inventory; Capacity Building and adaptation to Climate Change; Formation of Spatial Data Management System; Improving and expanding of Climate Change and Seismic Monitoring System; Agroforestry, Food Security and Soil Stabilization; Sustainable Land Management and; Construction of Storm Drains.

Section 3(1) of the Loans Act, Chapter 64:05 of the 1990 Revised Laws of the Commonwealth of Dominica makes provision for the parliament to authorize the Minister for Finance to borrow money from approved sources for the purpose of financing general development purposes. Dominica and the IDA signed an agreement to give effectiveness to the Disaster Vulnerability Reduction Project in June 2014.

Message from the Director of tourism Charles Lindo at SSC5 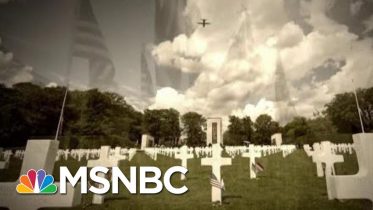 Elizabeth Warren: Where Trump is right now is a nightmare