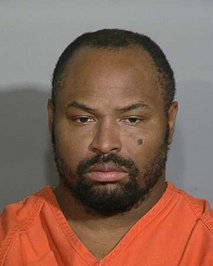 SEATTLE (AP) — A suspect in the slaying of four police officers who were gunned down in a suburban coffee shop was surrounded by police at a Seattle house early Monday, wounded and possibly dead, authorities said.

Negotiators were trying to communicate with Maurice Clemmons, 37, using loudspeakers, explosions and even a robot to try to prod him from hiding. At one point, gunshots rang through the neighborhood, about 30 miles from the original crime scene.

“We have determined that in fact he has been shot,” said Ed Troyer, a spokesman for the Pierce County Sheriff. “He may be deceased from his gunshot wound.”

Clemmons has a long criminal history, including a long prison sentence commuted by former Arkansas Gov. Mike Huckabee nearly a decade ago and a recent arrest for allegedly assaulting a police officer in Washington.

He went to a coffee house on Sunday morning and opened fire on the Lakewood officers, killing Sgt. Mark Renninger, 39, Ronald Owens, 37, Tina Griswold, 40, and Greg Richards, 42, as they caught up on paperwork at the beginning of their shifts. He fled but authorities believe he might have been wounded by one of his victims.

“We don’t know if he’s still alive. If he isn’t, it’s because he succumbed to the wound he received yesterday when he was in the struggle with the police officer that managed to get a shot fired at him before he was killed,” Troyer said on the “Early Show” on CBS.

Police surrounded the house late Sunday, and a negotiator used a loudspeaker early Monday to call him out by name, saying: “Mr. Clemmons, I’d like to get you out of there safely. I can tell you this, we are not going away.”

Any response from inside the house was inaudible from the vantage of a photographer for The Associated Press. But shortly thereafter, police began using sirens outside the house, and there were several loud bangs before the negotiator resumed speaking, saying: “This is one of the toughest decisions you’ll make in your life, but you need to man up.”

By 3 a.m. Pacific time, the loudspeakers and explosions had fallen silent. Seattle Police spokesman Jeff Kappel said Clemmons has never responded. It’s not clear whose house it is.

Clemmons is believed to have been in the area of the coffee shop around the time of the shooting, but Troyer declined to say what evidence might link him to the shooting.

Investigators say they know of no reason that Clemmons or anyone else might have had to open fire on the four as they sat working on their laptops Sunday. Court documents indicate that Clemmons is delusional and mentally unstable.

“We’re going to be surprised if there is a motive worth mentioning,” said Troyer, who sketched out a scene of controlled and deliberate carnage that spared the employees and other customers at the coffee shop in suburban Parkland, about 35 miles south of Seattle.

“He was very versed with the weapon,” Troyer said. “This wasn’t something where the windows were shot up and there bullets sprayed around the place. The bullets hit their targets.”

“He didn’t have a mean bone in his body,” she said. “If there were more people in the world like Greg, things like this wouldn’t happen.

Clemmons has an extensive violent criminal history from Arkansas. He was also recently charged in Washington state with assaulting a police officer, and second-degree rape of a child. Using a bail bondsman, he posted $150,000 — only $15,000 of his own money — and was released from jail last week.

Documents related to the pending charges in Washington state indicate a volatile personality. In one instance, he is accused of punching a sheriff’s deputy in the face, The Seattle Times reported. In another, he is accused of gathering his wife and young relatives and forcing them to undress, according to a Pierce County sheriff‘s report.

“The whole time Clemmons kept saying things like trust him, the world is going to end soon, and that he was Jesus,” the report said.

Troyer said investigators believe two of the officers were killed while sitting in the shop, and a third was shot dead after standing up. The fourth apparently “gave up a good fight.”

“We believe there was a struggle, a commotion, a fight … that he fought the guy all the way out the door,” Troyer said.

In 1989, Clemmons, then 17, was convicted in Little Rock for aggravated robbery. He was paroled in 2000 after Huckabee commuted a 95-year prison sentence.

Huckabee, who was criticized during his run for the Republican presidential nomination in 2008 for granting many clemencies and commutations, cited Clemmons’ youth. Clemmons later violated his parole, was returned to prison and released in 2004.

On Sunday, Huckabee issued this statement on his Web site: “Should he be found to be responsible for this horrible tragedy, it will be the result of a series of failures in the criminal justice system in both Arkansas and Washington state.”

It was the second deadly ambush of police in the Seattle area in recent weeks, but the two cases aren’t related.

Authorities say a man killed a Seattle police officer on Halloween night and also firebombed four police vehicles in October as part of a “one-man war” against law enforcement. Christopher Monfort, 41, was arrested after being wounded in a firefight with police days after the Seattle shooting.

“We won’t know if it’s a copycat effect or what it was until we get the case solved,” Troyer said.

Be the first to comment on "Police: Suspect in deaths of officers not in house" 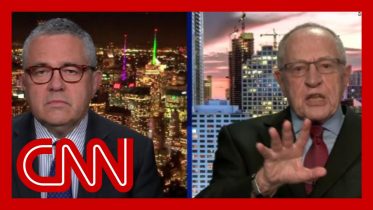 Top US general: ‘Weight of evidence’ says Covid-19 not man-made

Popeyes: We made one mistake with chicken sandwich roll-out