Pollster Peter Wickham Named In Wikileaks Cables As An Informer 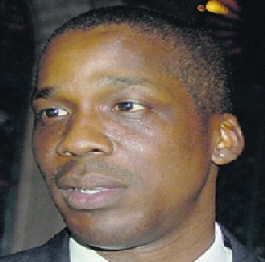 BASSETERRE, St. Kitts – Since the release by Wikileaks of hundreds of classified documents about the Caribbean, in which they named Pollster and Head of CADRES Peter Wickham as an informer, many are left wondering whether Wickham was a spy, double agent or whistle blower while he moved among OECS governments, including St. Kitts and Nevis, over the last five years. The documents contain many crucial revelations and are part of leaked confidential cables allegedly taken from the US embassy in Barbados. They quote Peter Wickham on a variety of topics.

In one entry of Feb. 3 2006, the then US Ambassador Mary Kramer states: “Wickham has met periodically with Emboffs (Embassy Officials) over the past several years to offer his views on a variety of issues”. In an entry dated Sept 22, 2006, she refers to Wickham as “a credible source”.

The information Wickham passed on to Embassy Officials, as told by the Wikileak cables have sent shockwaves among the governments and institutions named.

Wickham and associate Hartley Henry have been seen as close friends and confidantes of several Caribbean governments and the revelations speak of “under the table” deals and confidential knowledge not commonly known but often rumoured by a suspicious electorate.

For instance, one document indicates that Wickham has revealed to the United States embassy in Barbados that Barbadian CLICO executive, former CBC Chairman and DLP supporter Leroy Parris “provided large sums of under the table money to the Dominica DLP in exchange for business and a diplomatic passport.”

Other documents speak of among other things, the funding of elections with drug money, with money from Alan Stanford and money from wealthy Caribbean expatriates; the role China played in financing elections; predictions as to who is likely to win upcoming elections; speculation on the role Taiwan was playing; the sale of passports (economic citizen ship) in return for favours and revelations of weaknesses in political parties of Barbados.

Wickham, who heads the Caribbean Development Research Services, Inc. (CADRES), a Barbados-based consulting firm specializing in public opinion polling, counted several Caribbean governments as his clients. His polling predictions have often caused controversy and recently have been inaccurate in predicting the St. Lucia and Grenada elections.

Wikileaks cables further expose the growing concern of the US embassy over the sale of passports for economic citizenship, and the puzzlement over a request for a diplomatic visa for Leroy Parris who had reportedly paid a large sum for his passport and was now being appointed as a ‘Goodwill ambassador’ for Dominica.

On returning the passport without the visa, the US embassy allegedly reported to Washington: ““Dominica also continues to have an active economic citizenship program, through which individuals from various countries of concern have previously purchased passports”

These Wikileak revelations brought prompt action from the Caribbean Broadcasting Corporation (CBC) of Barbados who promptly sacked Wickham with a four-line dismissal letter. Wickham was resident analyst on CBC’s radio and television stations from December 2009 and also hosted the radio talk show ‘Talk Ya Talk’ and the Sunday night live television programme ‘The People’s Business‘.

In a CADRES Statement to the Press, Wickham wrote that he finds the situation “disturbing”.

“I consider this a most disturbing turn of events which presents me, along with these gentlemen (ref, to two current and one former Caribbean Prime Minister) in a negative light and appears to be based largely on information that I have no knowledge of and never conveyed to the Ambassador Kramer.

Specifically, I can state categorically, that I have NEVER met privately with former US Ambassador Mary Kramer, who is alleged to be the author of this cable. I do recall her entertaining about ten journalists, along with myself in 2006.”

However in an interview with Barbados Today, he said the way some were handling the material appeared designed to make him look like a spy for the United States, but that he speaks all the time with persons from several embassies as part of his job. He elaborated:

“I think I need to set the record straight regarding this whole question of this perception that I am in some way an informant or spy, and I’m operating on behalf of the United States embassy…,” Wickham said.

“And I think it is important to make the point that as part of my work as a political consultant and a political scientist goes, I speak to people and it is something that I do quite a bit.

“I guess that part of my problem is that I assume in so much as it is part of my normal activity that I don’t attach the significance often to the persons I’m speaking to, the circumstances, and the degree of the seriousness of the comments.

“But certainly, if we were to deal with the reality, when I think about it, over the last ten years or so, I have spoken to a large number of officials, and it’s not only from the United States Embassy, but I’ve spoken to people from embassies and missions all over the place and I’ve made a comprehensive list.”

Meanwhile as Wickham fights for his credibility, it also reported that the Barbados DLP government and CBC senior executives remain “outraged” over comments made about individuals in political parties there and corruption details revealed concerning Caribbean governments. It is also being reported that Barbados Prime Minister Freundel Stuart is said to be “beside himself” over the Wikileak cable.

After Trump, Biden White House Has A Lot Fewer Leaks So Far | The 11th Hour | MSNBC

Internet melts down over Pelosi photo