Kingston (Panos) August 5, 2010 – More than six months after Haiti was rocked by the devastating January 12 earthquake, many Haitians are on the slow journey to healing. For some it has been basic things such as sleeping through the night while for others it is taking a conscious decision to move on past the deaths of loved ones.

For five-year-old Thaime Saintus, the turning point came at a staff retreat hosted by Panos Caribbean in April for its Haitian employees who were all severely affected by the earthquake which killed close to 300,000 persons and injured thousands.  . Employees of the organisation’s Jamaica office, who have had to be providing support for their Haitian colleagues, were also included in the retreat. At that retreat  Thaimie’s father, Wildor, reported that she slept soundly for an entire night for the first time since the earthquake.

Thaimie’s father, Wildor Saintus explained that Thaimie had slept fitfully ever since the earthquake as she kept waking up at nights, sometimes by the many aftershocks that followed the massive 7.0 earthquake. However, even when those subsided, the little girl still had trouble sleeping as she was fearful that another earthquake would come again and this time crumple the house they live in.

It seemed that that experience of getting out of Haiti helped to break the chains of fear binding the child and since then according to her father, her sleeping pattern has returned to normal.

For Regional Financial Administrator for Panos Caribbean, Lucien Saint-Louis and his 12 year old daughter, Ephodie, the counseling support that Panos introduced for the staff helped  him on the road to healing. Lucien’s wife was one of the hundreds of thousands of Haitians who lost their lives in the massive quake which flattened most of Haiti’s capital, Port au Prince, evoking global fascination, sympathy and horror.

In an emotionally charged re-count of his ordeal, Lucien explained that he had just taken his daughter and her mother to the gym and was standing outside when his world tilted and began shaking violently. When the shaking stopped, his wife lay dead among the rubble of the once erect building and his daughter lay injured, but miraculously,  still alive. Three months after, the pain was still raw.  Sitting beside his daughter who rarely leaves his side, Lucien brought tears to everyone’s eyes as he recounted his January 12th tragedy; as he revisited his loss.  The tears flowed freely, unashamedly, as he spoke for several minutes and almost everyone in the room cried with him. The collective pain was once again exposed; the healing had begun.

After the retreat he once again reflected on his loss, but in a different way.

“I feel much better than I did on April 18th (before the start of the retreat). I have taken the resolution to continue my life and help Ephodie grow up. I will remember my life before January 12th, but I have to continue to do all my best to build my life in order that my wife would be proud of me and of Ephodie. This is my promise to her,” he stated resolutely, his eyes reflective. Panos Caribbean has an office in Haiti and is among the many organizations which have staff that was severely affected by the January 12th earthquake which did major damage to Port au Prince, and other parts of Haiti, killing almost 300,000 persons. Early psychosocial intervention of the quake’s impact on staff by Panos Caribbean resulted in the recommendation for a family/staff retreat to help with the healing process of all of Panos Caribbean’s staff members and their families from Haiti and Jamaica.

Executive Director of Panos Caribbean, Jan Voordouw, explained why he felt the retreat was important.  “The Panos Haiti staff has undergone tremendous stress, suffering and displacement after the massive January 12 earthquake. Staff was stressed out, confused and suffering from a number of post traumatic stress symptoms. Two staff members had left Haiti, increasing the workload on those left.  Most staff in Haiti would welcome a chance to get away and recoup, preferably with family members, in order to face the arduous tasks of rebuilding that lay ahead,” he explained.

Jean Bernard Abellard, the psychologist who facilitated the counseling sessions at the retreat said he thought the retreat was beneficial.  “It was a good experience. The sense of family was achieved,” he stated. ‘I was very happy to help people and do some assessment with them and I think the retreat had a therapeutic effect.”  He will continue counseling some of the Haiti staff for a while.

However, as a Haitian who has also been affected by the earthquake, he is also still healing. He is now separated from his wife and their new born son who is just a month old as she had to move to the countryside, like so many other Haitians who were displaced or otherwise inconvenienced due to the earthquake. He explained that he and seven other Haitian psychologists have formed a support group and they meet once each month to talk about their feelings as well as aspects of the cases they are handling and exchange strategies.

“People were not affected at the same level,” he explained. “And so their process of healing and recovery will be different.”  He said in addition to their ability to access psychological support, the level of emotional trauma of each person will depend on the extent to which they were impacted by the earthquake and the financial resources they are able to access to get back on their feet and regain what they lost.  Bernard said he will continue to counsel three persons on an ongoing basis following the retreat, one child and two adults.

As they returned home to continue the post-earthquake recovery process, there are few aftershocks being felt in Haiti but many people imagine and fear them constantly.  Panos Staff and their family are among some people in Haiti who still sleep outdoors on the ground under the open skies or under tents in garages or on balconies. But life is slowly returning to normal, as the Haitian people, ever resolute, continue to literally pick up the pieces around them. School children are among the teeming crowds jostling for position on the cracked and dusty sidewalks of Petionville in Port au Prince, Haiti. Some are being tutored under tents with oven-like temperatures but at least they are still in school. Tents are huddled together in front of some school buildings, occupying the open places where children used to run and play, but in the aftermath of the January 12th earthquake which killed more than 300,000 people and spawned numerous powerful aftershocks, no one wants to risk being trapped in a crumbling buildings, just in case another massive earthquake or duuguu, duuguu comes rumbling in. Six months after, life in Haiti is slowly returning to normal, but the memory of January 12th is never too far away, and is as much a part of everyday life as the many crumpled buildings that lay folded upon themselves beside buildings that still stand regally, untouched by the disaster.

Panos’ post-quake programme activities in Haiti includes the establishment of Youth Journalism Groups with a special focus on disabled children who lost limbs after being injured in the earthquake, distance counseling, the commissioning of in depth reports on issues related to the earthquake, it’s impact and the recovery efforts and the training of reporters to report on those issues.  Via Panos’ Youth Journalism programmes, young people are taught how to speak out on issues that affect and concern them and effectively use  the media as an advocacy tool. (End/05/07/10) 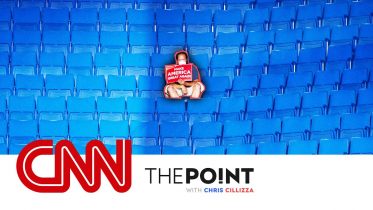 Trump’s presidency is at its lowest point right now

President Donald Trump held a rally in Tulsa, Oklahoma last week to kick off his 2020 campaign, but the overflowing crowd the President touted…

South Carolina voter: To a large swath of the country, Trump is unaccountable

Hear recording of Kellyanne Conway going off on reporter