Pres. Trump's Handling Of The Transition Is 'Innapropriate' And 'Reckless' | Andrea Mitchell | MSNBC

William Cohen, former Republican senator and Secretary of Defense to President Clinton, joins Andrea Mitchell to discuss the lack of cooperation in the transition process and President Trump's refusal to concede. Cohen reflects on the transition between President Clinton and President George W. Bush, "That's what a democracy is supposed to be about, that you want your successor to be in a position to protect and defend the interests of the American people." Aired on 11/11/2020.
» Subscribe to MSNBC:

Pres. Trump's Handling Of The Transition Is 'Innapropriate' And 'Reckless' | Andrea Mitchell | MSNBC

Medical staff pays tribute to doctor who died of COVID-19

104 Comments on "Pres. Trump’s Handling Of The Transition Is ‘Innapropriate’ And ‘Reckless’ | Andrea Mitchell | MSNBC" 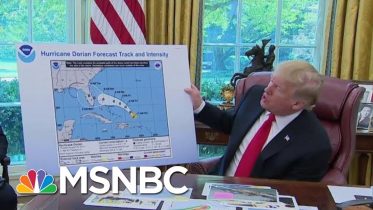 On Sunday, the National Weather Service had to issue a statement correcting the President's claim that the state of Alabama was at risk from…

Could social issues cost the Conservatives the election?

B.C. barring all social gatherings as cases continue to rise, asking residents to avoid all travel