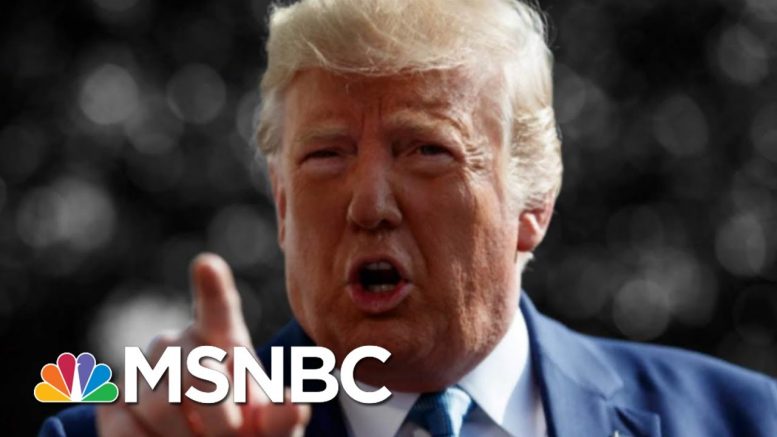 President Donald Trump on Wednesday downplayed the escalating tensions in the Middle East in the aftermath of his abrupt withdrawal of American troops from northeastern Syria. Trump also brushed off concerns that this could result in the re-emergence of ISIS. The House voted overwhelmingly in favor of a resolution to rebuke the president’s decision. In a meeting with the president Wednesday, the Democratic leaders say Trump had “a meltdown.” A recent letter Trump wrote Turkish President Recep Tayyip Erdogan, warning him not to be "a tough guy" or "a fool" as his forces launched an attack earlier this month was extraordinary and weird. Aired on 10/17/19.
» Subscribe to MSNBC:

Haake: Schiff Frustrates Republicans By ‘Locking Down The Room,’ Controlling The Narrative | MSNBC

If Trump loses to Biden, will he run again in the 2024? This Republican strategist thinks so

Jake Tapper to Alex Azar: Why was the US hit harder by coronavirus?