Roseau, Dominica– April 15, 2010………  In a statement to the Nation on Wednesday, Prime Minister, Hon. Roosevelt Skerrit delivered a comprehensive report to the country on the progress made by his government in many areas in the first 100 days since the new Cabinet was sworn in on January 4th 2010.

At a rally of the Dominica Labour Party at La Plaine on Sunday, December 13th 2009, Party Leader and Prime Minister, Hon. Roosevelt Skerrit announced a number of measures designed to reduce the cost of living and increase job opportunities that would be pursued in the first 100 days should his party be returned to government.

Speaking at a live news conference yesterday, flanked by other members of Cabinet and government officials, Prime Minister Skerrit announced the following:

In his report to the Nation, the Prime Minister also commented on the commitment given in La Plaine of a minimum pay of $1000 per month to all full-time government employees.

Hon. Skerrit revealed that only non-established government employees receive less than $1000 per month. The Cabinet has directed that the hourly rate of all non-established government employees be increased to a minimum of $5.77 per hour with effect from April 1, 2010. As a result of this action, no non established worker who works at least forty (40) hours per week will henceforth receive less than $1000 a month.

Apart from fulfilling pledges made in La Plaine, the Prime Minister stressed that his government had not been “exclusively occupied with attending to promises made on the election platform”.

“We have continued to regularise squatters, to address the housing requirements of the needy, aggressively pursue  our programme of road rehabilitation, upgrade and expand the water services and improve the stock of school buildings to name a few,” Prime Minister Skerrit concluded. 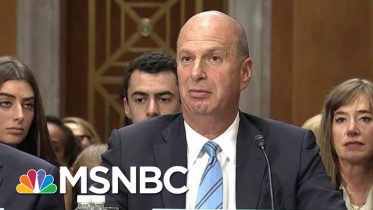 Why is Ivanka Trump silent on the racist chant?