Roseau, Dominica – August 12, 2009….. A Team from the CSME Unit, the CARICOM Centre for Development Administration (CARICAD) and the OECS Secretariat will be in Dominica on August 13th and 14th as work continues on a project aimed at ensuring the smooth implementation of the CARICOM Single Market and Economy (CSME) in the country.

This project, which is funded by the Canadian International Development Agency (CIDA), is intended to address the legislative, administrative and regulatory environment with a view to give full operational effect to the CSME not only in Dominica but throughout the Caribbean Community (CARICOM).

While in Dominica, the Team will meet the Minister for Trade, Hon. Dr. John Colin McIntyre, Permanent Secretaries, representatives from the Dominica Association of Industry and Commerce (DAIC), the Private Sector and the Dominica Employers’ Federation.

At a Review Meeting scheduled for Thursday, August 13th 2009, at the NDFD conference room beginning at 9am, Lead Consultant on the project in Dominica, Attorney-a-law and a former Trade Minister of Barbados, Mr. Kerrie Symmonds, will present his draft report under the theme: “Review of the Legislative and Regulatory Environment for the smooth functioning of CSME arrangements in Dominica”.

The Meeting will provide a forum for feedback on the draft report from the various stakeholders on the basis of which a final report can be produced. This report on Dominica will form part of a series of such reports and analyses being undertaken at the national level throughout the participating CARICOM territories which is aimed at providing an overall picture on the status of the implementation of CSME arrangements across the region.

Though the CARICOM Single Market has been in operation in Dominica and other CARICOM countries since 2006, its implementation remains incomplete, since some member states have not discharged in full their basic treaty obligations to remove restrictions. This is consistent with Chapter Three(Establishment, Services, Capital and Movement of Community Nationals) of the Revised Treaty of Chaguaramas (2001) and the Programme for the Removal of Restrictions agreed to at the Thirteenth Inter-Sessional Meeting of the Conference of Heads of Government held in Belize in 2002.

The project was launched in Dominica in April, 2009 at which stakeholders in the public and private sectors were briefed on the objectives of the project and on the need for their input in the process.

CARICOM Single Market and Economy (CSME) Implementation is a priority identified by the Member Governments of the Caribbean Community(CARICOM). 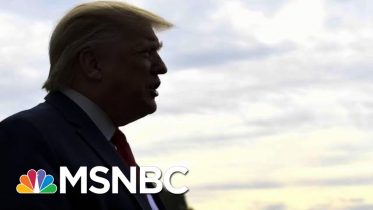 Speaking to conservative media outline the Washington Examiner, Trump joked that he would like to read the transcript of his Ukraine phone call as…

Is Trump a president without guardrails? Anderson Cooper examines