Public Service Day 2010 will be celebrated on Friday, December 3, 2010 under the theme, “Professionalism and Productivity…Requisites on the Journey to Excellence.”

The biennial observance of Public Service Day is an opportunity to heighten awareness of the public sector’s role in the country’s national development and to forge greater linkages and relationships with stakeholders.

This year’s theme reminds us that if the Public Service is to remain relevant in the decades ahead, professionalism and productivity are essential to every aspect of the service provided. The focus of the pre Public Service Day activities has been centred on the historical journey of Dominica Public Service. Several activities will take place during the week leading up to Public Service Day. These activities are scheduled for the week beginning November 29 and include: a repeat broadcast of lectures on the history of the public service on radio and television; body mass index and waist circumference screening for public officers on the ground floors of the Financial Centre and Government Headquarters; and Dollar Day on November 29, when public officers are asked to donate to charity.

The signature event will be an Awards and Recognition Ceremony which will take place on December 03, 2010. At that function the public service will take time out to reward its outstanding members and to recognize retirees for their contribution towards the development of the Public Service.

In keeping with this year’s theme, public officers are being encouraged to dress up to look smart and professional on December 03 and thereby set the dress code for the future.

On Public Service Day awards will be bestowed on various Public Officers for extraordinary performance in the execution of their duties. Awards to be presented during the ceremony will be categorized as follows: Jerry Augustine Award to be bestowed on an exceptional office attendant/messenger, Junior Officer of the year, Middle Manager of the year, Team Award and Minister for the Public Service Award. To highlight exemplary performance only one award will be bestowed in each category.

We continue to urge public officers to realize that productivity and professionalism are critical requisites on the journey to excellence.

Be the first to comment on "Public Service Day to be observed on December 3, 2010" 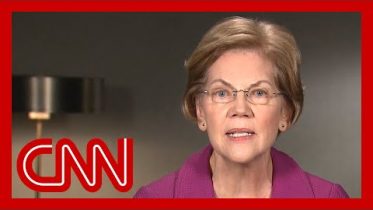 Elizabeth Warren on Qasem Soleimani killing: ‘People are reasonably asking, why this moment?’

Solomon on Quebec’s importance in the election: ‘The province of political resurrections’

Stakeholders Worried About the Future of Schoolboy Footballers – August 28 2020