Re-engagement Of Caribbean By The US

“Washington is listening, rather than dictating, as it tended to do in the past,” said Caricom chairman, Dominica’s Prime Minister Roosevelt Skerrit, at the end of last Thursday’s meeting in Barbados between US Secretary of State Hillary Clinton and a number of Caribbean leaders and foreign ministers.

“President Obama … is taking a different approach to the Carib-bean,” said Skerrit. It is important to note that the Barbados meeting with Caricom came at the end of a tour of Latin America by the Secretary of State in which an ostensible attempt was made to reori- ent and reorganise US-LA relations to take account of a post-Cold War reality in which certain- ly the Latin American states cannot be dictated to as in the past. Not only are LA countries associating with each other, including Cuba and Venezuela, in the manner they choose to, but in many states in the hemisphere, among them at least three Caricom members, they are seriously contemplating possibilities in the Chavez-created Bolivarian Alternative for Latin America. In addition, there are several free-trade arrangements at the continental and sub-regional levels, Caricom being involved in a couple of them.

It has been said that to date, President Obama’s policy towards LA/Caribbean has been “outdated and based on Cold War rhetoric,” with Clinton’s visit seeking to make a difference. It is vital to understand that what happens in US-Latin American relations is crucial and probably indicative of whether or not our powerful neighbours to the North are now prepared to begin to forge relationships with the Caribbean beyond handouts and the historical benign neglect, which only becomes truly engaged when there is a crisis in the region. And that’s whether that crisis be of the Haiti natural-disaster variety or whether Washington sees the need to become agitated about the region as a means of neutralising a Chavez and or Morales. Undoubtedly, LA has more leverage to exercise than the Caribbean does in a relationship with the US, but geopolitical contiguity is an important factor in the matrix. Such is the case with the pernicious drug trade which originates in South America, passes its products and violence through the Caribbean, infecting the entire hemisphere on its way to the consumer markets of the Americas and Europe.

In the circumstances, the Caribbean, as transit route for the illicit drug trade, cannot be ignored by the Americans. The decision of Clinton at the Barbados meeting with Caricom to commit US$45 million for this year and seek US$79 million for 2011 under the Caribbean Basin Security Initiative is an indication of the importance of the region as a third border of the US. The funds are to be directed to improving maritime patrols and interdiction capabilities through the Caribbean Sea. This is a promise that was made by President Obama when he was here 14 months ago at the 5th Summit of the Americas. However, and critically, Clinton understands that “although the Caribbean security initiative is investing in crime prevention, we also recognised that it has to go hand in hand with social inclusion and development, especially in education, employment and strengthening institutions.” It is an appreciation that countering illicit drug trafficking and the associated criminal activity requires serious investment in economic and human development.

The logic here is that drug trafficking of the kind that goes through the Caribbean is more likely to thrive in societies where poverty is endemic. In the circumstances, therefore, it is not sufficient for the US and any of the industrial countries and regions of the world to simply concern themselves only with reducing the quantity of drugs which come from source to transit through the Caribbean and on to the markets of the North. It was also good news to hear that the Caribbean Basin Trade Act was extended by another ten years and that Washington has pledged US$170 million to HIV and Aids reduction and to countering the effects of climate change. “This re-engagement is real. We are extremely pleased that the United States has seen it fit to properly and effectively engage the Caribbean because we are a very important and integral part of this hemisphere and our futures are intertwined and we recognise this,” said Antigua and Barbuda’s Prime Minister Baldwin Spencer, who is the chairman of the Carib-bean Community Council for Foreign and Community Relations. But notwithstanding the significant role to be played by the US in Caricom’s development, the regional integration movement ultimately has the responsibility to place itself in a position to be able to make use of the free-trade initiatives on offer. Justification for the regional integration movement hinges around the economies of scale which could be derived within Caricom to make better use of the trading pacts under the CBTA, the Canadian free-trade arrangement and the European Partnership Agreement. But Caricom has to go beyond talk about the potential that exists to realising benefits.

The Caricom Single Market and Economy has to begin to be implemented across the region at the deepest levels of industrial programming, and the production of goods and services. The planned utilisation of the common resources of Caricom, to be able to efficiently produce niche goods and services for the export markets of the industrial world, must happen. Even columnists and commentators conclude that there has been too much talk about making the CSME real; our readers must certainly feel that we need to find new themes both within the integration movement and outside of the region. The reality though is, until the full and much-talked about economic potential of Caricom has been put in full gear, then the issue has to be continuously highlighted and kept in the minds of readers and the leaders.

It amounts to calling out the leaders on their bluff and having them convert rhetoric into reality. Integration has to go beyond quibbling about free movement of Caricom nationals across the island-nations and those on the continent. The ill-conceived attempt by Patrick Manning to initiate closer political ties between this country and the OECS, a unilateral decision in the interest of narrow electoral politics, cannot supplant the deepening of economic integration. 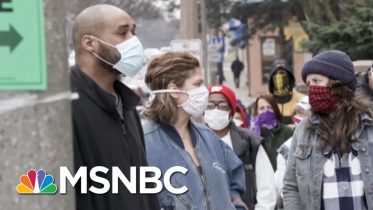 Voters in Wisconsin lined up at polling places on Tuesday, forced to choose between staying home to avoid coronavirus or risking their health by…

Canada won’t give in to China’s coercive diplomacy: Trudeau

Sask. Premier Scott Moe on his meeting with PM Trudeau: ‘More of the same’