RE: Parry (Propaganda Consultant, Foot In Mouth Man) Was On Q Again, And This...

It appears very disturbing that people would seek to be-little the accomplishments of a dead man. I fear this reflects the culture of victimization which has engulfed our country, something which Rosie himself fought so hard to eradicate. If we are going to analyze his life why not try to strike a balance instead of focusing only on his short comings. No man is perfect and Rosie was no exception, but the very fact that we are discussing him over a decade after his death is a testament to his “greatness”.
Respect due to all the Prime Ministers who have served our country, and were able to efficiently manage the country’s recourses, in order to advance our nation. The fact is Rosie only served as Prime Minister for the last 6 months of his life. Yet, during the course of his life, he made an undeniable contribution to our country, region and people. His story is one of self sacrifice. Anyone who can stand out and make such a significant impact on the progress of his people even whiles in opposition has to be commended. Rosie was a visionary and even in the face of harsh criticism he never passed on an opportunity to hammer home his message.
I remember growing up as a young boy on the campaign trail. In those days it was Labour verses Freedom. Rosie’s message was that: Our banana industry is in jeopardy due to unfair competition from Latin American Multi Nationals, we need to diversify our economy. We can’t put all our eggs in the American basket, we need to reach out and establish links with countries all over the world. We need to successfully utilize our strategic position between Guadeloupe and Martinique to establish an economically viable link for the betterment of our people. At that time he was viewed as the bearer of bad news and labeled a communist due to his role in obtaining Cuban scholarships for Caribbean students. With the passage of time, many of his ideas became reality.
Now the present state of affairs in Dominica is very disturbing. One party has enjoyed tremendous success at the poles, the likes of which has never been seen before in our history. Yet even with this seemingly unquestionable mandate from the people, we are engulfed in a constant heated battle. Daily allegations of government corruption, and numerous litigations to numerous to mention. Is Dominica becoming an ungovernable battlefield? Have our public officials really used public office as a means to amass personal wealth, or are the revolutionaries simply sour losers who instead of assessing means by which they may contribute, have embarked on a mission of irrational government bashing?
The question on my mind is: If Parry is recognized as speaking on behalf of the DLP and seeks to fight “base-less allegations”, why would he go out of his way to blast one of the people who helped establish the DLP in the first place?

In His Own Words: (United Nations Millennium Summit 2000 )
“Less than two centuries ago slavery was defeated, apartheid and fascism were defeated in the last century. It is now our obligation to direct our energy to entomb racism in this century in all its manifestations.” The Honorable Rosie Douglas

Be the first to comment on "RE: Parry (Propaganda Consultant, Foot in Mouth Man) was on Q Again, and this…" 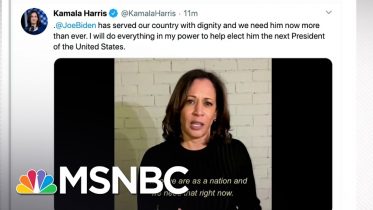