Citizens Forum wrote:
Volney,
The Citizens Forum For Good Governance is the only organization in Dominica that had the testicular fortitude (balls) to make an official complaint to the IPO, apart from Lennox Linton, this was against Ambrose George.

For over a year Lennox Linton has been consistently exposing Roosevelt Skerrit and company of theft, names have been called and none of them have dared to take legal action. In which country has a leader of government been accused of such crimes and has proven incapable of defending his name and that of associates?
One does not have to be opposed to the government to agree that the present batch of Labour Party ministers is the most incompetent Dominica has ever seen since independence. Yes the people voted for them, but you will admit some of these guys are really youth group and boy scout material, that’s why every time they get an opportunity to speak they must hail the great leader, like Kim Il Sung of North Korea.
It has been said before and thus repeated; Never has a government got such power and yet so weak. Anyone who opposes the government and its policies should not be apologetic because Dominica deserves better. For some reason the Dominican electorate went into political intoxication during the last elections which is comparable to carnival Tuesday and now they are in ash Wednesday and many people are asking if they are the ones who really put the government back in power. Sadly the opposition has not convinced anyone of being a better replacement.
So Mr. Volney, from our vantage point on the ground we know exactly what’s going on and don’t make the mistake of accusing us of being partisan.

Listen to “between you and me”  every Saturday afternoon from 3:00 p.m. on Q95. You can hate Lennox but he is doing a marvellous job in exposing corruption.

Be the first to comment on "Re: Promoting Democratic Governance" 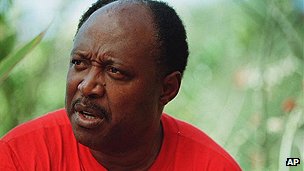