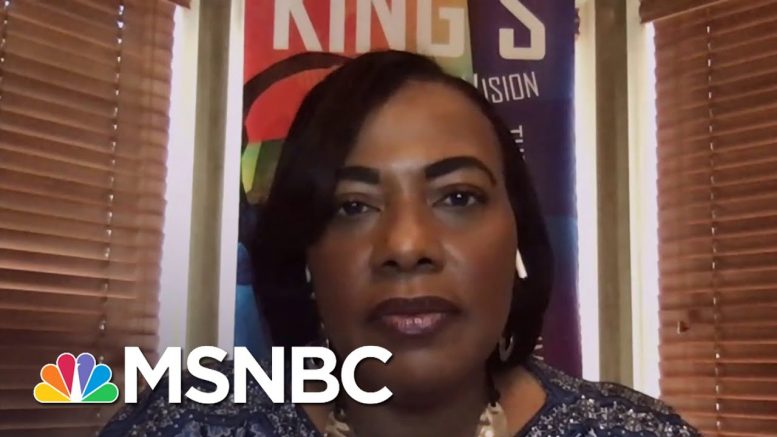 Rev. Bernice King, Daughter of Dr. Martin Luther King Jr., reflects on the widespread protests surrounding George Floyd and says "the objectives of those truly protesting are directly connected to issues my father was addressing in the 50s and 60s."» Subscribe to MSNBC:

Rev. Bernice King: "It's Time To Do The Work' On Ending Systemic Racism | MSNBC

Biden: ‘To Be Honest With You, I Don’t’ Remember Tara Reade | The Last Word | MSNBC

Biden: Trump ‘Surrendered,’ Waved ‘The White Flag’ In His Handling Of Pandemic | The ReidOut | MSNBC

56 Comments on "Rev. Bernice King: “It’s Time To Do The Work’ On Ending Systemic Racism | MSNBC"