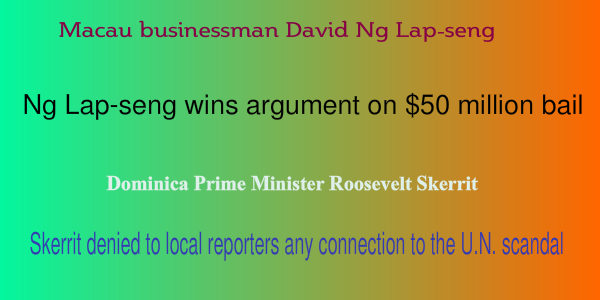 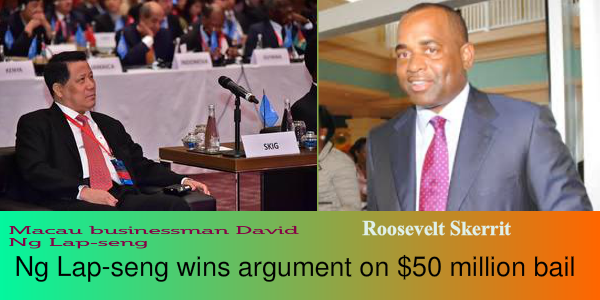 Roosevelt Skerrit, prime minister of Dominica, has faced questions at home after signing an agreement with Ng’s Sun Kian Ip Group Foundation in August at a U.N. meeting in Macau for “a South-South Technology Transfer Facility.”

However, Skerrit denied to local reporters any connection to the U.N. scandal. “I have no association with this matter,” he said. “There is no authority in this world that is interested in Roosevelt Skerrit in any undue manner.”

In 2002, Ng’s company signed an agreement to invest $22.5 million in a casino hotel in Dominica, but the project was never completed.

HONG KONG — Macau businessman David Ng Lap-seng has pleaded not guilty to charges alleging he bribed a United Nations diplomat, while racking up some minor victories in court.

U.S. prosecutors allege that Ng paid $500,000 to John W. Ashe, who was U.N. ambassador for Antigua and Barbuda and president of the U.N. General Assembly, primarily to get him to push a plan for a U.N. expo center and business incubator in Macau, with Ng’s Sun Kian Ip Group as the project’s prospective developer.

Ashe is also alleged to have received $800,000 in bribes from three unnamed Chinese businessmen via socialite Sheri Yan Shiwei to advance their interests at the U.N. and in Antigua. Ashe, Yan and Ng’s assistant Jeff C. Yin joined Ng in entering not guilty pleas in New York on Thursday, along with Francis Lorenzo, another U.N. diplomat who allegedly acted as an intermediary between Ng and Ashe.

Prosecutors argued Thursday that Ng should not be granted bail as a wealthy foreigner with his own private planes, multiple passports and every incentive to flee the country. They had added a new charge of money laundering against Ng on Tuesday. In a court submission, they put Ng’s worth at “more than a billion dollars” and said he “has no connection whatsoever to the United States, apart from his purchase last month of a nearly $4 million apartment.”

Benjamin Brafman, Ng’s lawyer, however successfully argued that the court should preserve an order setting bail for Ng at $50 million. In his submission, Brafman said Ng, 67, speaks no English, has no criminal record and suffers from diabetes, hypertension and other medical problems that require supervision and a controlled diet. The bail would be secured by $20 million in cash and Ng’s New York apartment, and he would be required to pay for 24-hour armed guards to maintain his home detention.

Brafman’s filing also noted that while prosecutors had earlier said Ng had carried $390,000 in cash into the U.S. on June 2014 to pay bribes, the prosecutors had since found evidence to back up Ng’s statement that the money was for gambling in Atlantic City, New Jersey and buying paintings. The new evidence includes records from an Atlantic City casino showing a “Ng Lat Seng” deposited $300,000, cashed in $300,000 in chips and withdrew $100,000 around that time.

Meanwhile, Caribbean politicians have sought to distance themselves from the scandal involving Ng and Ashe. Baldwin Spencer, to whom Ashe allegedly passed along $100,000 from a bribe from a Chinese media executive when he was Antigua’s prime minister, has acknowledged asking Ashe for help with fundraising. However, he told legislators Oct. 19, “Without a shadow of a doubt, I have absolutely nothing to hide or to be ashamed of, especially as it relates to the whole matter of enriching myself on the backs of the people of Antigua and Barbuda.”

Ng was previously embroiled in a scandal involving at least $220,000 he sent to the U.S. Democratic National Committee between 1994 and 1996 while Bill Clinton was president. Middleman Yah Lin “Charlie” Trie pleaded guilty to violations of federal campaign laws over the payments while Ng, who visited the White House and had his photo taken with Clinton and his wife Hillary, was never charged. 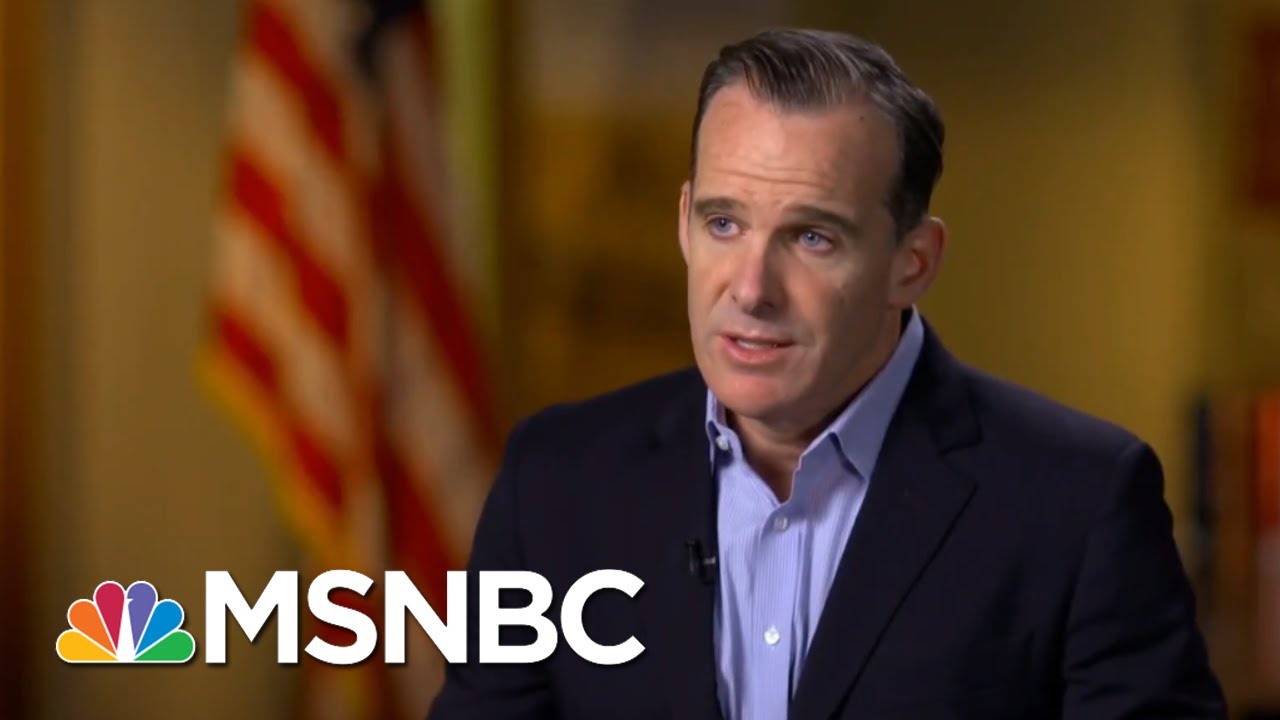 The Kurds: Did America Betray An Ally? (Part 1) | MSNBC

Together with U.S. forces, the Kurds of northern Syria successfully defeated ISIS. They were on their way to establishing a homeland, until that fateful…

Sen. Booker On Impeachment: ‘All Of Us Should Want The Truth To Come Out’ | The Last Word | MSNBC