Leader of the Antigua and Barbuda Labour Party

Known the world-over as King Swallow, Rupert Philo was born on February 14, 1942, in the historic village of Willikies, in the Parish of St. Phillip, Antigua and Barbuda. His singing talent was discovered at birth when his loud cry was noted by the midwife. “This baby is going to be a singer,” she proclaimed. His friend Jerome Ramsey encouraged him during boyhood days; and his church served as a nurturing platform.

Rupert Philo began competing in the calypso art form when still a youth, in 1961. His very first hit, entitled Raphael Trujillo, recalled the story of a dictator of the Dominican Republic whose maltreatment of migrant workers from Antigua and Barbuda was re-told upon their return home. By capturing their story in song, Swallow has immortalized the phenomenon of the Antiguan and Barbudan migrant worker, while showing disgust for Latin dictators. He called Trujillo “a wicked man”; he noted how he compelled migrant workers “to put every cent in Trujillo’s hand, before you leave the land.” His Raphael Trujillo calypso in 1961 could be deemed the birth of the political calypso in Antigua and Barbuda.

Swallow’s Party In Space also captured a historic period in humanity’s drive to conquer space by rocketry. The boundaries which kept humans tied to planet earth were broken in 1961 when the Russians successfully launched Sputnik. Swallow’s calypso also broke through a barrier by making space conquerable by calypso. He brought music, song and dance to space travel, relying upon a calypso that lives on today.

Swallow’s philosophical and enlightened outlook was expressed in Man To Man, Dawn of a New Day, One Love One Destiny, We Marching and a plethora of other songs which were written by him and modified only slightly by the requirements of the accompanying music. He was as good a writer as he was a thinker and singer. He loved the calypso art form and he mastered it.

Not surprisingly, he penned other calypsos that were intended solely to entertain and to enable dancing. Don’t Stop This Party, Fire In The Back Seat, I Want To Wine On Something, and scores of others which the partygoers and disc jockeys loved, helped to show his playful side. Swallow therefore created appeal for his music by moving it across the spectrum, capturing thoughtfulness and playfulness in their magnificence.

If it could be said that Swallow moved across the genres within the art form seamlessly, his songs expressing support for Vere Cornwall Bird and the Antigua and Barbuda Labour Party were rock solid and immovable. Swallow’s Pappa Bird and If You Can’t Run The Country: Give It To Labour Party are expressions of his unshakeable support for the political party that has managed the affairs of the state beginning with adult suffrage, in 1951, and only twice interrupted in 60 years. Swallow has cast his vote in every election for the candidate put forward by the Labour Party, including the incumbent Robin Yearwood. Swallow has joined pickets and marches organized by the ALP to protest unacceptable actions by the Walter and Spencer administrations. Rupert Philo has never flinched, never sneered, he has held the scarlet banner high, and will no doubt continue to live beneath its shade until he is called to the Great Beyond.

King Swallow was awarded the Order of Merit (Gold), and the Grand Cross of Princely Heritage during terms of governance under the Labour Party. Each award was conferred in recognition of his sterling contribution to the calypso art form.

I plan to write to the Governor General advising her that, under the powers conferred on the Leader of the Opposition by the National Honours Law, I nominate Rupert Philo, King Swallow, to receive the highest honour, in this the 30th year of Antigua and Barbuda’s independence. For his 50 years of artistry and excellence, Rupert Philo is to be awarded the honour of Knight Commander.

Henceforth, he will be Sir Rupert Philo, King Swallow. Congratulations. 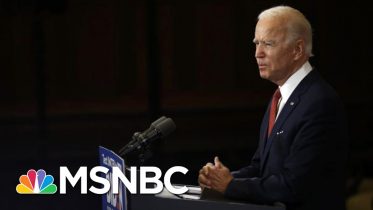 CTV’s W5 Archive: A look at the 1971 Kingston Penitentiary riot

Passengers with COVID-19 keep arriving in Canada on international flights