Its foray to the big screen, also titled Downton Abbey and coming in fall 2019, picks up approximately 18 months later with all of the characters from the series’ sixth and final season reuniting at the house for a grand, mysterious event. EW has four exclusive images from the new movie, as well as intel from the cast and production team on where we find the Crawley family and their beloved servants when we catch up with them in the autumn of 1927.

Lady Mary (Michelle Dockery), who transitioned from haughty, entitled heiress to a fiercely independent, progressive woman over the course of the series, is helping to oversee her beloved Downton. “She’s embraced her responsibility much more now as she’s matured,” Dockery tells EW. “As much as Mary is very independent, her loyalty always remains with Downton…There’s a sense of Mary holding it all together.”

Fans loved to watch Mary’s romantic trials and tribulations, which included a man dying in her bed mid-coitus; the death of her first husband Matthew after a protracted, star-crossed romance; and a love triangle that fizzled when Mary found neither man made her burn with passion. By series’ end, she had married Henry Talbot (Matthew Goode), a race-car driver who seemed her perfect match, and had even discovered she was pregnant with their first child.

Enough time has passed for Mary to be a new mother, and the exclusive image above features the happy couple dancing in stylish 1920s attire. “What you see is her for once being settled,” explains Dockery of Mary’s romance. “They’re very supportive of one another and they’re good friends. It’s nice to see Mary in that way as opposed to being in constant turmoil about her love life.”

Never fear though – old habits die hard and Dockery promises there will still be some delicious exchanges between Mary and her once downtrodden sister, Edith (Laura Carmichael). “They’re adults now, so there’s certainly an element of softening between them, but there’s still some fun moments definitely.”

Speaking of Edith, the series finale granted her the greatest triumph. After years of personal tragedy, Edith finally found romantic happiness with Bertie (Harry Hadden-Paton) and ended up out-ranking her entire family when his relative died and he became the seventh Marquess of Hexham. For Edith and Bertie, their story is one of adjustment. “The two of them are adapting to being a married couple and to her being a lady of one of these great houses,” says director Michael Engler. “It brings with it much more responsibility and protocol than she was raised with at Downton…On one level, they’re these modern people in their training and expectations, but then, they are in the roles of these very elevated, cultural positions.”

Tom Branson, who had relocated to America before returning to Downton, is still running his successful automobile business alongside Mary’s husband Henry. He is perhaps happiest with the great societal shifts we’ve seen occur at Downton. “The world [is] changing in a way that Tom Branson had always hoped,” actor Allen Leech says. “As it picks up again, it’s definitely becoming a world that Tom Branson is much more suited to than a lot of the Crawley family.”

But what about romance for Tom? He hasn’t really made a meaningful connection since the death of Sybil in season 3. “Given the fact that he is one of the only ones left who hasn’t found love, one would hope and assume there is an opportunity for him to have an iota of a chance at finding something,” teases Leech.

Two characters’ fates remain concerning – trusty butler Carson (Jim Carter), who was forced into retirement due to contracting “the palsy” at series end, and Violet, the Dowager Countess, who actor Maggie Smith often remarked was getting too far up there in age to even appear in a film. But both characters appear to be alive and well in these exclusive images.

When it comes to Carson, Engler hints, “Let’s just say his brief retirement has been very good for his health and when this event happens and all hands are needed on deck, he’s called into service and he becomes part of the success of the story.”

As for Violet and her delicious one-liners, rest assured she’s not going anywhere or really changing in the slightest. “She feels very much the same in this. She represents the oldest of the old guard,” remarks Engler. “She has a beautiful line in the film where she says to Mary, ‘One must have standards, but one must not be inflexible.’ That’s what she’s always stood for.”

Feeling very much the same seems to be the theme of the film – “It’s more of the characters [people] love. It really is an extension of the series, but on a grander scale,” says Dockery. “The sets and the costumes and the work that has gone into creatively is remarkable. It’s incredibly sumptuous and all the great things people love about Downton.”

Click here to read more about what’s in store at Downton Abbey.

To read more on 2019’s most anticipated TV shows and movies, pick up the new issue of Entertainment Weekly on stands Friday, or buy it here now. Don’t forget to subscribe for more exclusive interviews and photos, only in EW.

The war is over, but intrigue, crisis, romance, and change still grip the beloved estate.

Lawrence: ‘You Had A Right To Feel That Women Were Next’ | The Last Word | MSNBC

Putting Biden’s Gaffes Into Trumpian Perspective | All In | MSNBC 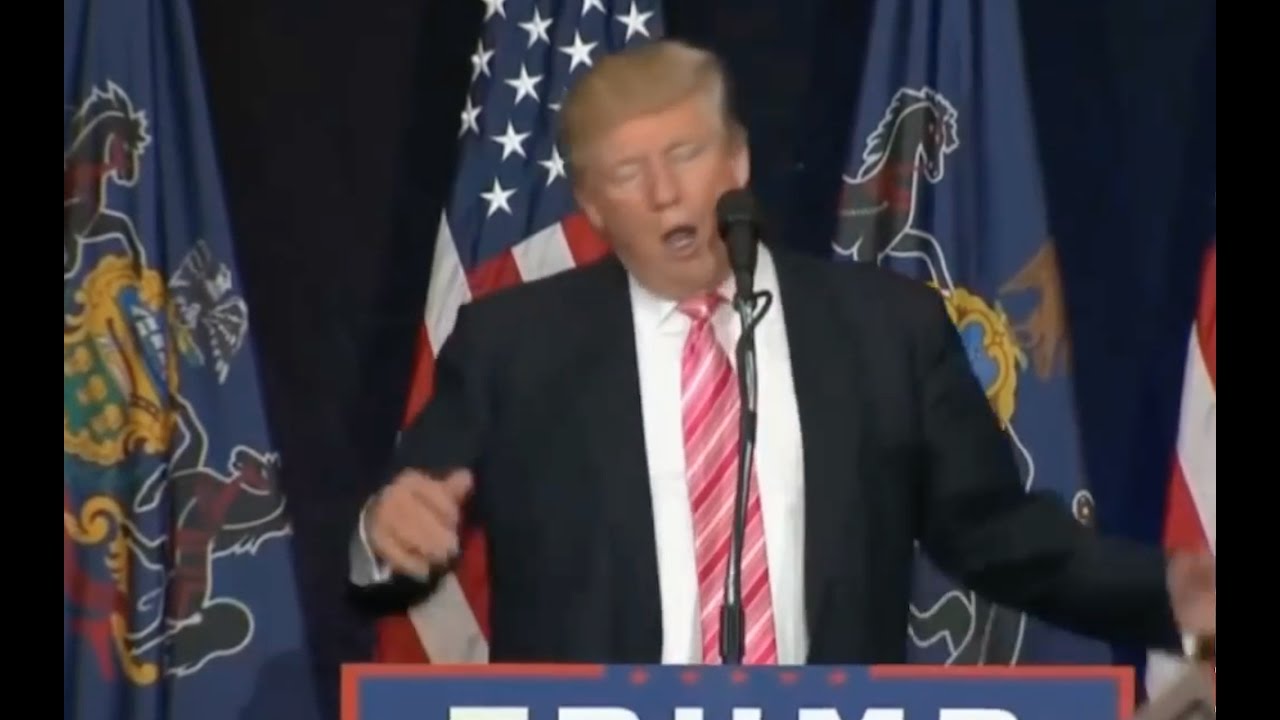 Donald Trump Mocks Hillary Weakness then DESTROYS Her! Donald Trump makes fun of Hillary Clinton not being able to walk to the car then…

Imagine giving up your child. This mother is considering it