Senator Chris Murphy (D-CT) weighs in on expanding stimulus checks, telling Andrea Mitchell that “the legislative session ends in three days. So there is only one path to get $2,000 into the hands of Americans who are struggling today, and that is to pass the House legislation.” He also sharply criticizes Sen. Josh Hawley’s (R-MO) announcement that he would object to the Electoral College certification on January 6th, saying that “Josh Hawley and anyone who supports his effort are engaged in the attempted overthrow of democracy. There is no evidence that there was any fraud."
Aired on 12/30/2020.
» Subscribe to MSNBC:

Trump adviser says going back to school ‘not that hard’

Trump may consider a pardon for himself

Mara Gay: Warren Was Running In The Shadow Of Hillary Clinton’s Loss | The 11th Hour | MSNBC

91 Comments on "Sen. Murphy: Hawley Is “Engaged In The Attempted Overthrow Of Democracy” | Andrea Mitchell | MSNBC" 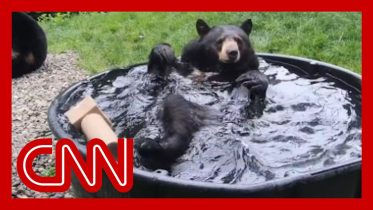 Bear taking a bath will bring a smile to your face

Staff at the Oregon Zoo released the video we all needed — a black bear having the best time taking a bath. Check out…

JASON HOLDER: WE WONT FORCE PLAYERS TO GO TO ENGLAND

Seattle mayor fires back after Trump threatens to intervene

What Do Turkey’s Attacks In Syria Mean For ISIS Prisoners? | Velshi & Ruhle | MSNBC