Sen: Sanders, 'Do I Think That This Bill Was Well-Negotiated? I Don't' | Andrea Mitchell | MSNBC

Senator Bernie Sanders (I-VT) joins Andrea Mitchell to discuss the COVID relief package negotiations on Capitol Hill. Sen. Sanders says "Everything that is in that package is vitally needed. The problem is it is a much smaller amount than the country needs in this moment of economic desperation. " Sanders also commented on whether he thinks Biden's cabinet is diverse enough, saying "To me, diversity is a very big word, in the sense that you want a cabinet to look like America-but more important is having. Aired on 12/16/2020.
» Subscribe to MSNBC:

Sen: Sanders, 'Do I Think That This Bill Was Well-Negotiated? I Don't' | Andrea Mitchell | MSNBC

Obama: Biden Is Right That We Should All ‘Lower The Temperature’ And Listen To The Other Side

Pete Buttigieg rising as a presidential candidate, but will it last?

83 Comments on "Sen: Sanders, ‘Do I Think That This Bill Was Well-Negotiated? I Don’t’ | Andrea Mitchell | MSNBC" 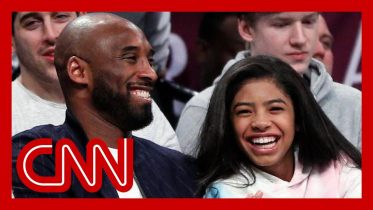 ‘We’re going to take over again next year’: Car enthusiasts vow to return to Wasaga Beach