The current and former leaders of four law enforcement agencies tasked with protecting the U.S. Capitol face questioning from senators Tuesday in their first public testimony about the deadly Jan. 6 riots at the U.S. Capitol.

The hearing before two Senate committees comes as lawmakers investigate the buildup to the riots and the subsequent response by law enforcement. Thousands of supporters of former President Donald Trump marched to the Capitol Jan. 6, overpowered police officers, broke inside and then ransacked the building in a riot that resulted in five deaths.

Harlow shuts down WH official: Stop attacking the press or this interview will end 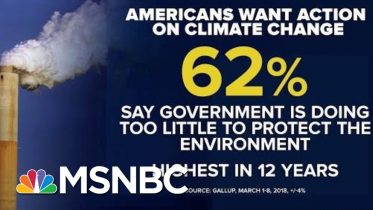 Despite an overwhelming majority of the public demanding action from the government, Congress continuously claims to be ‘gridlocked’ on two important issues: gun control…

Demings: Breakdown In Communication Could Get Someone Killed, On Jan. 6 ‘It Did’ | Stephanie Ruhle