And Sesame Street assured us that moving to HBO wouldn’t change them.

Many fans are convinced the muppet Grover dropped an F-bomb on a recent episode.

In a six-second clip making the rounds from Nov. 24’s “Picture This,” the gangly blue muppet seems to say the swear word that is not “fudge.” The result is like a new “Yanny or Laurel”-like debate.

While others are trying to explain how viewers can hear two very different things: “What our brain is supposed to hear in this clip is ‘that sounds like an excellent idea.’ Our brain breaks that down into “that sa ikean excellent idea!’ However, since Grover says that defining feature so fast, it turns into “that ‘sa kan excellent idea!’ If you listen closely, you can hear both at the same time… Our brain turns ‘ndsl’ into ‘fl’ because it happens too fast, and doesn’t care much about ‘L’ anyway …Congrats, you now know how Auditory Processing Disorder works!”

PM Trudeau to testify on WE Charity scandal Thursday

Campaign 2019 is the battle where truth goes to die: Don Martin 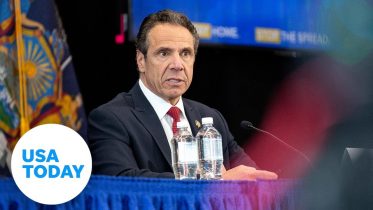 Gov. Andrew Cuomo provides updates at his daily briefing on the coronavirus pandemic in New York. RELATED: What does 'defund police' mean? Concerns about…

U.S. Supreme Court Justice Ruth Bader Ginsburg has died at 87 – here’s a look back at her legacy

Mara Gay: This Is A Moment Of Pain And Pride For Black Americans | The 11th Hour | MSNBC