MIAMI, USA — Showers and thunderstorms continue in association with an area of low pressure centered about 100 miles west of Dominica. Upper-level winds are expected to remain favourable for development over the next few days but interaction with the land masses of the Greater Antilles could inhibit tropical cyclone formation as the system moves generally west-northwestward at around 10 mph.

Locally heavy rainfall and gusty winds are expected to affect portions of the northern Lesser Antilles over the next day or so and spread over Puerto Rico by Thursday.

Meanwhile, a tropical wave over the eastern Bay of Campeche is moving westward at about 10 mph. There is some potential for development and this system has a low chance (20 percent) of becoming a tropical cyclone during the next five days.

Another tropical wave, with an associated area of low pressure, is located near the west coast of Africa, several hundred miles southeast of the Cape Verde Islands. Environmental conditions are expected to be marginally favourable for development over the next few days while the disturbance moves west-northwestward to northwestward at 10 to 15 mph. 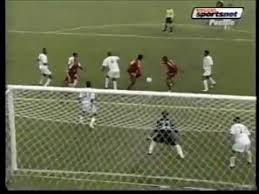