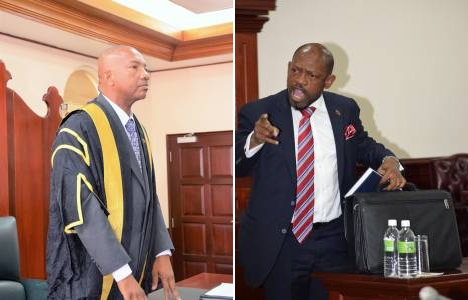 BASSETERRE, St Kitts — Leader of the opposition in the St Kitts and Nevis parliament, Dr Denzil Douglas, was ejected from the National Assembly Chambers at the first sitting for the New Year on Friday, for what Speaker Michael Perkins deemed as disrespectful and outrageous behaviour by a former prime minister and parliamentarian for over 20 years.

Douglas, however, described it as an “opposition walk-out” after chiding Perkins for a “display of gross, flagrant, and unjust conduct in the parliament”.

Douglas interrupted Perkins several times, shouting in a loud voice at him, while the speaker was on his feet and ruling on a motion of no confidence filed against him by the leader of the opposition and announced at the last sitting of parliament in December of last year.

Opposition senator Nigel Carty was also kicked out of parliament on two occasions, the last time on December 8, 2016, for what Perkins referred to as a concerted and calculated effort to disrupt the parliament and bring it into chaos to sabotage the people’s business from being debated.

A motion of no confidence filed by Douglas, citing bias in the conducting of the House, on the part of speaker, was rejected on Friday.

Perkins made the announcement that the motion of no confidence was rejected under Section 27 (3) of the Standing Orders of the National Assembly of Saint Christopher and Nevis; which section deals with form of notice.

The speaker also read 34(8) which states: “An amendment must not be substantially a direct negative of the original proposition or any amendment thereto.”

Apparently oblivious to the fact that, as then prime minister, Douglas successfully suppressed debate on a motion of no confidence for more than two years, the opposition St Kitts-Nevis Labour Party declared that the actions of the speaker and the government present a “clear and present danger to the federation’s democracy and the traditional democratic practices of St Kitts and Nevis. Such actions can only lead to serious confusion and instability in the federation.”

The party said it will “therefore take the necessary steps to initiate a widespread and powerful resistance to the evident threats and injustices”.

Douglas was recently taken to task by Dwyer Astaphan, a former government minister, over his call for the motion of no confidence in the speaker to be given priority.

‘It seems that Dr Douglas like to have his cake and eat it, because he opposed a motion of the then opposition, of no confidence in the government, signed by six elected persons in the parliament. He resisted it for 766 days and had the gall, he and his colleagues, to claim that the constitution sets no timeline on it but he wants this one heard in January,” Astaphan said. 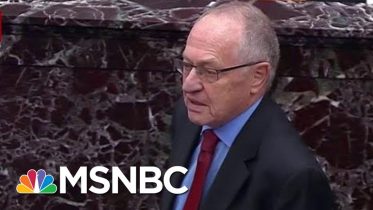 80% of community has Covid-19, including the nurse in charge

McCaskill: Biden Is Giving The Message ‘That Most Americans Want To Hear Right Now’ | MSNBC