St. Louis Mayor-Elect Reflects On Similarities Between Brooklyn Center And Ferguson In 2014

Reacting to the death of Daunte Wright in Minnesota, St. Louis’ first Black female mayor, Tishaura Jones, says she’s had “the talk” about police encounters with her 13-year old son. “As a mother of a Black son, I know all too often how fearful mothers can be when their sons leave their house.” Aired on 04/14/2021.
» Subscribe to MSNBC:

St. Louis Mayor-Elect Reflects On Similarities Between Brooklyn Center And Ferguson In 2014

41 Comments on "St. Louis Mayor-Elect Reflects On Similarities Between Brooklyn Center And Ferguson In 2014" 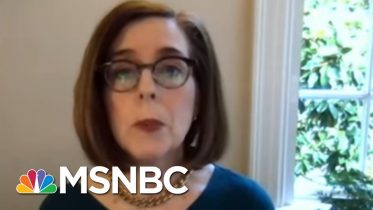 Trouble Brewing In The Bromance Between Trump And His Attorney General? | Deadline | MSNBC