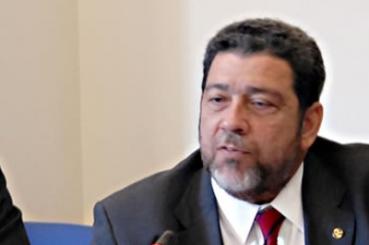 In a surprise ministerial statement Gonsalves, who is also National Security Minister, said the plot was hatched by two drug and money-laundering organizations in the country who were not happy about his Unity Labour Party (ULP) beating the New Democratic Party (NDP) in the December 13 poll because his administration was cracking down on their illegal activities.

The ULP secured a third consecutive term in office by winning a one-seat majority in the 15-seat Parliament. Gonsalves said the plot, uncovered by “impeccable intelligence sources”, was hatched within a week after the victory.

“Cocaine traffickers and money launderers are conspiring actively with others to kill the Prime Minister and on the public airwaves people are being exhorted by some to use any means necessary to remove a democratically elected government,” he said, adding that, either knowingly or unknowingly, some political and social personalities have become enmeshed in criminals’ operations.

Gonsalves said there had been much success in fighting these criminals, with at least one major player being incarcerated.

“Especially hard-hit have been their money and other assets. These cocaine traffickers and money-launderers are feeling the heat and have become desperate,” he said.

Gonsalves told his colleagues in Parliament that an assassin hired by the conspirators was subsequently held by police but no charges related to the alleged contract killing have been laid because the security authorities “are keen at protecting the most valuable intelligence sources”. He said the individual has, though, been slapped with other serious charges.

According to the prime minister, the man has managed to make calls to the people who hired him even though no phone has been found on his person.

What’s more, Gonsalves said, a Vincentian was approached to carry out the hit after the first man was detained by police but he refused when told who the target was. A Trinidadian was then hired, he added.

The Vincentian leader said lawmen are still searching for the Trinidadian but he felt that citizens should know about the matter at this time.

Prime Minister Gonsalves said, however, that he would not allow St. Vincent and the Grenadines to become like some Latin American and other Caribbean countries where cocaine traffickers and money-launderers are allowed the space to successfully build gangs, control territory and communities, perpetrate criminal activities as untouchables, and pollute the streams of our democratic and political processes.

“They will be accorded no space to flourish. I advise those who are tempted for whatever reason to ally themselves to these criminals to stay in their batting crease,” he said.

“Believe me, I am not afraid of them.” 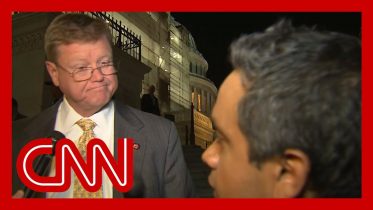 CNN's Manu Raju spoke with Rep. Mark Amodei (R-NV) and tried to get the lawmaker to answer a question about President Trump's call with…