Statement By Leader Of The Opposition Hon. Hector John

On behalf of the People of the Commonwealth of Dominica, I call for the immediate resignation of Roosevelt Skerrit as Prime Minister.

From the information now available to the public it is clear that  Mr. Roosevelt Medard Skerrit became a French Citizen by his own hand as an adult.  This can only mean that a fraud has been perpetrated on our blessed Country and that Dominica is being administered by an Unconstitutional and illegal Prime Minister.

Roosevelt Skerrit’s election and subsequent ascendancy to Prime Minister of Dominica has been obtained by fraudulent means. His pertinent pronouncements have shown that he knowingly and deliberately put himself forward for elections in contravention of Section 32 of our Constitution. The embodiment of Dominica’s Constitution that he swore to preserve, honour and uphold has been disembowelled by his conduct unbecoming a person in elective office and in public life in Dominica.

The Oaths sworn to by Roosevelt Skerrit as Member of Parliament, Prime Minister and Minister in the Government of the Commonwealth of Dominica were all sworn to under false pretence and has done great injury to adherence to the rule of law and order in the Country.

By his conduct the Prime Minister has lost the faith, trust and confidence of all citizens to lead our beloved Country. His deceptive, dishonest, lawless and criminal behaviour not only threatens civil order and the safety of all citizens but severely compromises the Country’s standing regionally and internationally.

Mr. Skerrit has broken our Supreme Law and must do the honourable thing and resign forthwith. His resignation will signal an affirmation of that which is right. It will begin a reversal of the negative consequences of his cowardly act of fraud and lift the cloud of suspicion in the conduct of the affairs of the Public and Police Service.

We cannot accept fraudulent behaviour from our family members and in the conduct of our commercial and professional businesses, neither shall we accept it from the custodian and steward of Governance in Dominica.

Fellow Dominicans, the world is focused on our ability to conduct our affairs in a manner consistent with the Democratic and Civil Principles of Governance.

Simply put. This illegal Prime Minister has broken the law and therefore is compelled to Resign!

Be the first to comment on "Statement by Leader of the Opposition Hon. Hector John" 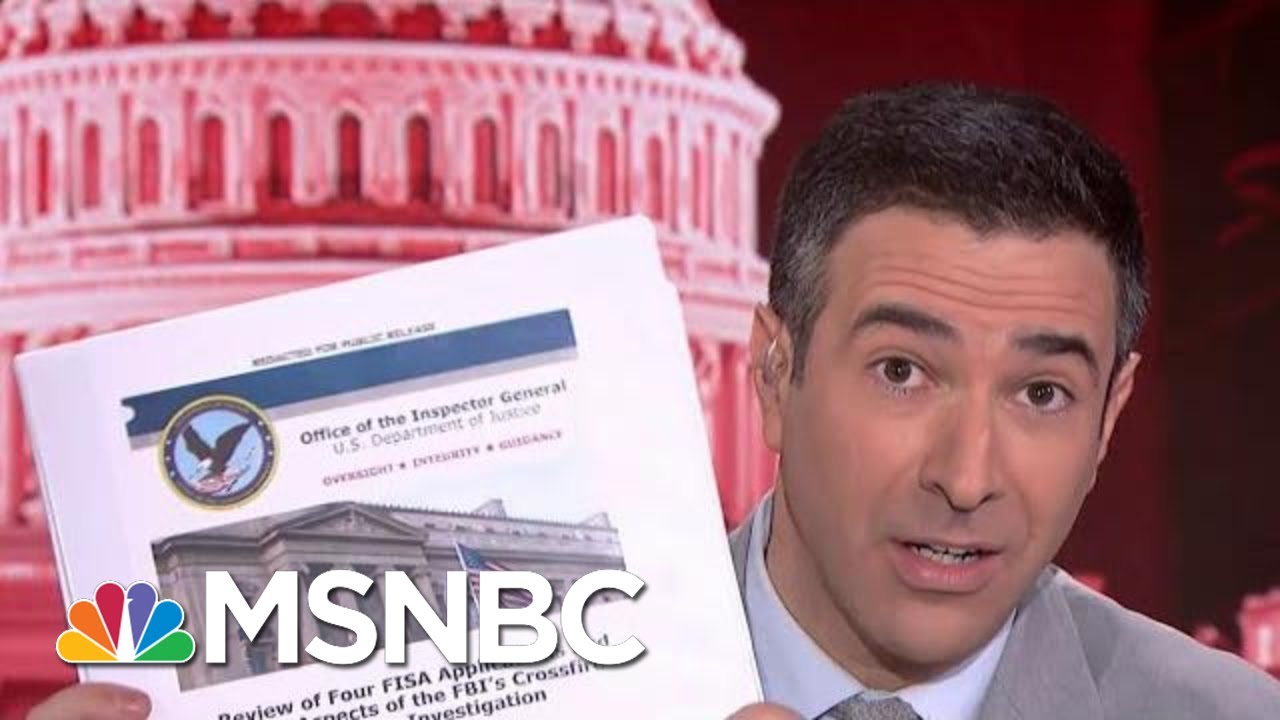 A new DOJ IG report exhaustively debunks Trump’s attacks on the FBI finding there was “no bias” in the Russia probe, which undercuts Trump and…

Julian Castro On The El Paso Mass Shooting | All In | MSNBC