It is an internet battle cry: Stop the Steal has swept across inboxes, Facebook pages and Twitter like an out-of-control virus, spreading misinformation and violent rhetoric — and spilling into real life, like the protest planned for DC this weekend.
But while Stop the Steal may sound like a new 2020 political slogan to many, it did not emerge organically over widespread concerns about voting fraud in President Donald Trump's race against Joe Biden. It has been in the works for years.
Its origin traces to Roger Stone, a veteran Republican operative and self-described "dirty trickster" whose 40-month prison sentence for seven felonies was cut short by Trump's commutation in July.
Stone's political action committee launched a "Stop the Steal" website in 2016 to fundraise ahead of that election, asking for $10,000 donations by saying, "If this election is close, THEY WILL STEAL IT."

Can you spot the difference? The new Saskatchewan Roughriders mascot has some fans fuming 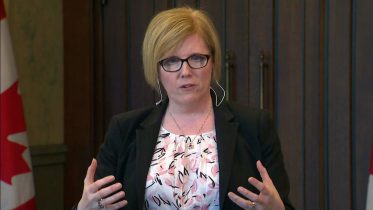 ‘Long way from being out of the woods’: Qualtrough on CERB extension

The federal government has extended the CERB for another eight weeks. Employment Minister Carla Qualtrough explains why. Subscribe to CTV News to watch more…