Senator Mark Warner (D-VA), who NBC News reports is part of informal bipartisan talks on COVID relief, tells Andrea Mitchell that "it would be stupidity on steroids if Congress didn't act before the holidays." He also discusses President Trump's continued push of misinformation about election fraud. Sen. Warner says, "after the election, we've seen state after state the recount system work, the judicial system work, and I actually think from record turnout, to no violence, to foreign interference being precluded, this is a celebration of American democracy." Aired on 11/30/2020.
» Subscribe to MSNBC:

Sohi promises TMX pipeline will go ahead: ‘This is in the public interest’ 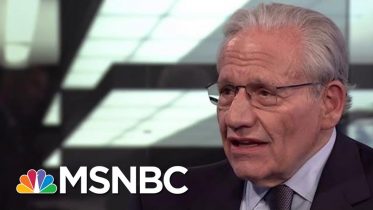 Woodward: Trump’s Not Nixon, But He Tried To ‘Strangle’ Probe | The Beat With Ari Melber | MSNBC

Pulitzer Prize-winning Washington Post journalist Bob Woodward, whose dogged pursuit of the Watergate story was part of the journalistic and legal process that led…

Peter Navarro On Economy: ‘We’ve Got Basic Structural Problems We’re Facing Because Of The Virus’