I am somewhat puzzled by the efforts of Norris Prevost and his UWP cohorts to re-litigate the matter of the international airport or to revisit the wisdom of upgrading the Melville Hall facility with night landing as opposed to building a brand new international airport.

First of all, I have enormous respect for MR. Prevost and his commitment to the development of the country. He is a very capable and knowledgeable man. He is an economist who holds an advanced degree in Public Policy from Harvard, an accomplishment which ought not to be dismissed or taken lightly.

But it is because he is an economist and a public policy expert that that I find it difficult to understand his reasoning. Or is it that he chooses to wear his political hat and has set aside the lessons of economics that should guide the discussion of an issue that is central to the development of his country?

Let me be clear: I am not in the habit of defending the present government but there are times when one has to put politics aside and take a position based on merit, logic, and economic sense. Neither of these seem to be present in Mr. Prevost’s futile attempt to score political points in the matter of the airport issue.

Let’s not forget that an international airport is a very major piece of capital expenditure and in every piece of capital expenditure one has to weigh the cost of debt service as well as the revenue from that expenditure over the short, medium and long term. Assuming capital expenditure of some $200 million for the airport one would have to ask whether the existing infrastructure on the island, meaning the number of hotel rooms, the road network etc, is of sufficient scale to make economic sense of that level of expenditure. This is important considering the fact that economics itself is a science that that deals with the optimal allocation of scarce resources.

How many daily “arrivals” are recorded at the moment? Two hundred? And of those, how many are from neighboring islands that would not require a jet aircraft?

The decision to further develop Melville Hall to serve as a ‘bridge” to a time in the future when an international airport would make economic sense was the right decision. Over the next ten to fifteen years one would expect the road network to be sufficiently improved and the number of hotel rooms on the island would be sufficiently increased to handle the flow of visitors that an international airport would make possible.

It is tempting to believe that an international airport by itself is the magic catalyst for the development of this country. Advocates for the cause never fail to point out that Dominica is the only island in the region without this magic catalyst, with the exception of St. Vincent where one is under construction. But the truth is that every country must proceed along a path of development that takes into account its own set of challenges, its own strength and unique set of circumstances.

Dominica is unique in that it is not given to the type of mass tourism that is typical of Antigua or Aruba. Instead there has been a fair degree of success in turning this handicap into a positive with the development of eco tourism and its attendant activities including diving, whale watching, bird watching, etc. This niche marketing will not be hindered by the absence of an international airport. Tourists who engage in these types of vacation activities are usually very well heeled and are less inclined to consider other factors like ease of access in making their travel plans. They know that in visiting the Nature Island they are not traveling to Aruba for sand sea and sex, although some of the latter may be in abundant supply.

If you think we have financial challenges today, guess where the country would have been if we had gone down the foolish path of spending what we could not afford on an international airport. We most likely would be facing a debt to GDP ratio large enough to warrant a second visit from the IMF. And don’t forget, it was partly due to the economic policies of the UWP that necessitated the arrival of the IMF and the attendant austerity measures not too long ago.

Today we are witnessing one country after another buckling under the weight of public sector debt, from Greece, to Spain, Ireland, Portugal, in fact most of Europe, not to mention the United States where law makers are in the midst of cutting spending to manageable levels. It is comforting to know that our public sector debt, as large as it is, was not augmented by this thoughtless infatuation with an international airport.

If we were the beneficiary of the largesse of some wealthy donor, I would say by all means let us accept his gift of an international airport. But to spend what it takes to have one now, given the enormous capital expenditure and debt service that would entail, not to mention the idle capacity in the early stages of use, we would be in breach of prudent financial management, especially if there is a credible alternative with a reasonable price tag and this is precisely why the Melville Hall alternative, as a stop gap measure, makes considerable sense.

And I am sorry to sound hard on the UWP, but their record of financial management when they were in office does not encourage confidence that the results would be any different with an adventure into an international airport.

Be the first to comment on "THE AIRPORT ISSUE" 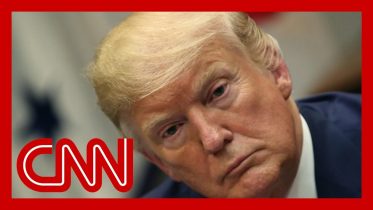 Trump: I’m not looking for war with Iran

President Trump says in an interview that while he isn't seeking war with Iran, there will be "obliteration" if a conflict begins. #CNN #News